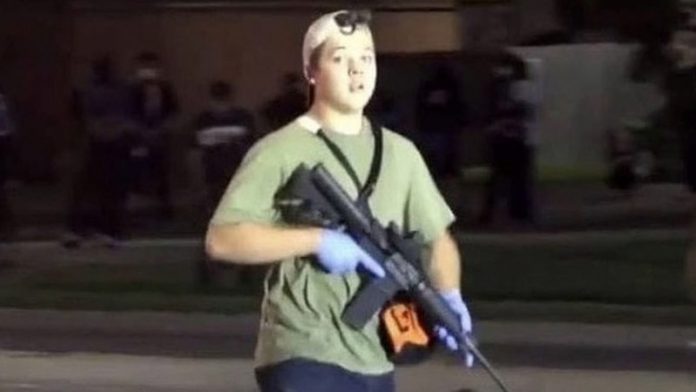 A data breach at a Christian crowdfunding website has revealed that serving police officers and public officials have donated money to fundraisers for accused vigilante murderers, far-right activists, and fellow officers accused of shooting black Americans.

In many of these cases, the donations were attached to their official email addresses, raising questions about the use of public resources in supporting such campaigns.

The breach, shared with journalists by transparency group Distributed Denial of Secrets, revealed the details of some donors who had previously attempted to conceal their identities using GiveSendGo’s anonymity feature, but whose identifying details the website preserved.

The beneficiaries of donations from public officials include Kyle Rittenhouse, who stands accused of murdering two left-wing protesters in Kenosha, Wisconsin, last August. Rittenhouse traveled with weapons from neighboring Illinois to, by his own account, offer armed protection to businesses during protests over the police shooting of Jacob Blake.

Rittenhouse, who became a cause célèbre across conservative media throughout late 2020, and was even supported by then-president Donald Trump, held a fundraiser on GiveSendGo billed as a contribution to his legal defense. According to data from the site, he raised $586,940 between August 27 last year and January 7.

Among the donors were several associated with email addresses traceable to police and other public officials.

One donation for $25, made on 3 September last year, was made anonymously but associated with the official email address for Sgt William Kelly, who currently serves as the executive officer of internal affairs in the Norfolk police department in Virginia.

That donation also carried a comment, reading: “God bless. Thank you for your courage. Keep your head up. You’ve done nothing wrong.”

The comment continued: “Every rank and file police officer supports you. Don’t be discouraged by actions of the political class of law enforcement leadership.”

Another Rittenhouse donor using an official email address was Craig Shepherd, who public records show is a paramedic in Utah. This donor gave $10 to Rittenhouse on 30 August.

Donations also came to Rittenhouse associated with official email addresses for Keith Silvers, an employee of the city of Huntsville, Alabama, and another $100 was associated with the official address of Michael Crosley, an engineer at the Lawrence Livermore National Laboratory, a body which is charged with maintaining the US’s nuclear weapons stockpile.

Meanwhile, several Wisconsin police officers donated to a fundraiser, “Support Rusten Sheskey”, held for the Kenosha police department officer whose shooting of a black man, Jacob Blake, led to the protests that drew Rittenhouse to the city.

Two $20 donations to Sheskey’s fund were associated with the email addresses of a pair of lieutenants in Green Bay, Wisconsin’s police department. One, given under the name, “GBPD Officer”, was tied to an address associated with Chad Ramos, a training lieutenant in the department; another anonymous donation was associated with Keith A Gehring, who is listed as a school resource officer lieutenant.

Another donation to Sheskey was associated with the official email address of officer Pat Gainer of the Pleasant Prairie, Wisconsin police department. Given under the screen name “PPPD Motor 179”, the donation also carried the comment: “Stay strong brother.”

About 32 more donations, totaling more than $5,000, came to Sheskey from private email addresses associated with Kenosha officers, but under badge numbers rather than names.

More anonymous donations on the site came from city employees of Houston, Texas, who were objecting to the actions of the then police chief, Art Acevedo, who fired four Houston police officers after they shot and killed a man, Nicolas Chavez, who was on his knees and in an apparent mental health crisis.

One anonymous donation of $100 was associated with the official address of that city’s fire chief, Samuel Peña, who has himself faced recent employee revolts over cost-cutting, but who has been publicly supportive of Acevedo, describing him in a tweet as a “brother & partner in Public Safety” in March, when Acevedo announced that he would be taking up an appointment as Miami’s chief of police.

Another anonymous donation of $400 was attributed in site data to an email linked to Chris Andersen and carried the comment: “I think that Chief Acevedo is part of the ‘unrecognized form of police corruption’ that Chris Anderson [sic] wrote about in his book’. Hang in there guys!!!”

Andersen’s book, The Sniper: Hunting A Serial Killer – A True Story, purports to tell the story of the hunt for a serial killer by Houston police at a time when “the United States was experiencing a wave of civil discontent regarding the unwarranted shootings (either true or perceived) of black men by law enforcement (the Black Lives Matter era)”.

In his Amazon bio, Andersen describes himself as a “39-year veteran of the Houston police department”, and as having worked in roles including homicide detective, supervising a Swat team, and internal affairs.

In an email, the Green Bay police chief, Andrew Smith, wrote of the donations that “we are looking into the matter”, but added on Sheskey’s actions that his department “does not take a position on other agencies use of force”.

Lynda Seaver, director of public affairs at Lawrence Livermore National Laboratory, wrote in an email that Michael Crosley had made “an honest mistake”, and had “never intended to use his Lab email on this matter”.

All other agencies and individuals who were included in the Guardian’s reporting did not immediately respond to requests for comment.

It was previously reported on the use of the site for fundraising purposes for far-right groups like the Proud Boys, who have been banned from other crowdfunding platforms after violent incidents including the alleged participation of members of the group in an attack on the United States Capitol building on January 6.