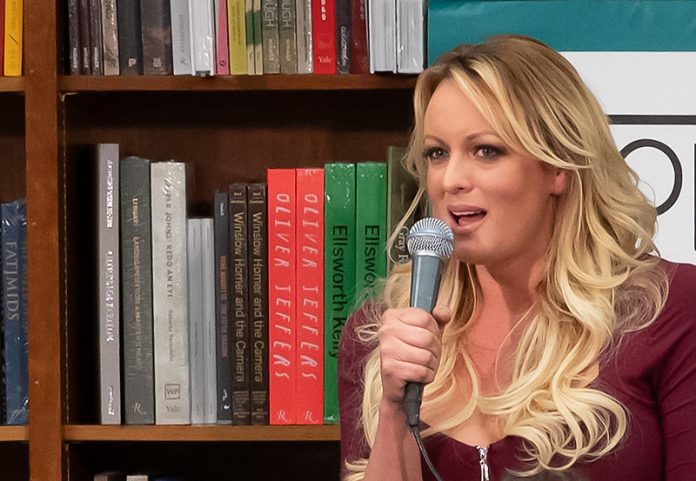 Donald Trump has reaffirmed his well-known hatred of sharks, telling supporters he is “not a big fan” of the oceanic apex predators.

The subject arose during an event in Pennsylvania on Thursday, August 20, 2020, when the president switched seamlessly from talking about Iraq to discussing mosquitoes, then sharks.

It was unclear exactly what the president was talking about, but the Washington Post suggested he might have been watching Shark Week on the Discovery Channel, which Michigan’s governor, Gretchen Whitmer, for whom Trump has also expressed his dislike, recently mentioned.

Or perhaps he was talking about the situation in Maine, where seal culling is being discussed in an attempt to reduce the chance of shark attacks after a woman was killed last month.

Trump went on: “I have people calling me up, ‘Sir, we want to have a fund to save the shark, it’s called Save the Shark.’ I say, ‘No thank you, I have other things I can contribute to.’”

It is not the first time Trump has shared his animosity towards the carnivorous fish.

In 2013, two years before he ran for president, Trump tweeted: “Sorry folks, I’m just not a fan of sharks – and don’t worry, they will be around long after we are gone.”

In a second tweet, he added: “Sharks are last on my list – other than perhaps the losers and haters of the World!”

In a 2011 interview, Stormy Daniels, the adult film actor and director who claims to have had an affair with Trump, which he denies, told In Touch Weekly he was “obsessed with sharks”.

She added: “Terrified of sharks. He was like, ‘I donate to all these charities and I would never donate to any charity that helps sharks. I hope all the sharks die.’”

Daniels revisited the subject in Full Disclosure, her autobiography from 2018. She and Trump were watching Shark Week, she writes, when Trump received a call from Hillary Clinton, then running for the Democratic presidential nomination.

“He had a whole conversation about the race, repeatedly mentioning ‘our plan’,” Daniels writes. But “even while he was on the phone with Hillary, his attention kept going back to the sharks”.

Trump’s rampant galeophobia has become a touchstone of popular culture – and one which he has occasionally caught and skimmed back into the ocean of Twitter.

Last October, in the midst of a retweet frenzy, savaging his many enemies, the president inadvertently retweeted a message from Trump But About Sharks, a bot which “does some word replacement on his tweets to make them about sharks”.