The Rubettes ft. John, Mick, and Steve are back with their follow up single to the chart-topping “Let The Music In”  entitled ‘Ya Lovin’ Rocks.’

The band has not seen such mainstream success since their smash hit in the 70’s “Sugar Baby Love.”

This feel-good summer song could appear in any Annette Funicello and Frankie Avalon beach movie.

The single has already gained support from DJ’s and radio stations from around the world.

Since the formation of their new band, the band members have not only released original material as the band The Rubettes ft. John, Mick, and Steve, but have also released solo material on Sobel Nation Records distributed by Warner Brothers.

Steve Etherington hit number 1 in North America as a solo act with his song “It Starts At Midnight” (Get It On) and John Richardson hit number 1 with Jayadev’s Mantra Crew “Ganesh.”

The Rubettes ft. John, Mick, and Steve are having success in America in 2019, which was something they did not have in the 70s and are considered Dance Music Royalty. 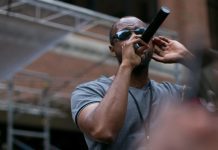