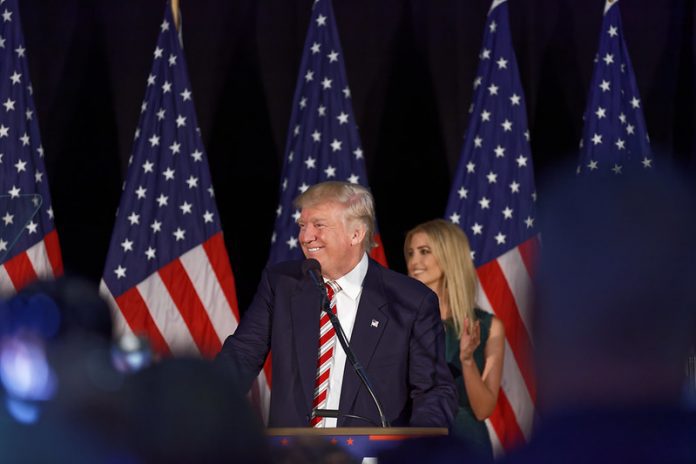 According to a report from the New York Times, some Republican officials are casting a skeptical eye at both the millions of dollars in donations that Donald Trump is spending on legal fees as well as the reasons for some of the expenditures.

The report notes that the president “… and his affiliated political entities have spent at least $58.4 million in donations on legal and compliance work since 2015,” which is raising some eyebrows.

For comparison’s sake, the Times reports that former President Barack Obama spent $10.7 million on legal fees during the equivalent period starting in 2007 and that former President George Bush spent even less — which included his legal battle over his election that went all the way to the Supreme Court.

What has some Republicans concerned is funds that should be used for political purposes appear to be going out to pay for some of Trump’s personal legal problems.

According to the Times’ Eric Lipton, it would appear that the president is treating campaign donations and money sent to the Republican National Committee as his personal “piggy bank.” One of the issues that are drawing scrutiny is money being spent on the legal woes of Trump associates and family members.

“In Washington, Mr. Trump and his campaign affiliates hired lawyers to assist members of his staff and family — including a onetime bodyguard, his oldest son and his son-in-law — as they were pulled into investigations related to Russia and Ukraine. The Republican National Committee has paid at least $2.5 million in legal bills to the firms that did this and other legal work,” the report notes before adding, “In California, Mr. Trump sued to block a law that would have forced him to release his taxes if he wanted to run for re-election. The Trump campaign and the Republican National Committee have paid the law firm handling this case, among others, $1.8 million.”

The Times reports that is is difficult to establish how much is being paid for legal services that are specifically Trump’s personal problems, with Lipton writing, “It is impossible to know based on Federal Election Commission filings how much of the $58.4 million in total legal bills went to routine legal work. Payments from the political committees to lawyers and law firms are not itemized by case, so the filings do not break down how much donor money went to pay for specific legal actions.”

According to one Republican campaign finance expert, the line between Donald Trump’s problems and the Republican Party has been demolished.

“Vindicating President Trump’s personal interests is now so intertwined with the interests of the Republican Party they are one and the same — and that includes the legal fights the party is paying for now,” said Matthew T. Sanderson, who worked as campaign finance director for both Sen. Rand Paul (R-KY) and the late Sen. John McCain (R-AZ).

Of greater concern is who has contributed money that is helping to pay Trump’s legal bills through cut-outs like his campaign or the RNC and what they are getting in return.

“In Mr. Trump’s case, the reliance on high-dollar donations had led to questions about whether contributors from casinos, Wall Street, coal and other industries expect something in return,” the Times reports.”Republican donors who have sent large amounts of money since 2019 to this special R.N.C. legal account include Joseph Craft, who is the chief executive of a coal mining company that has benefited from Mr. Trump’s regulatory actions. They also include Stephen A. Schwarzman, the chief executive of the Blackstone Group, and Thomas J. Barrack Jr., both private equity investors who have long been close to the president, and members of the Fertitta family of Las Vegas, who own a casino there.”