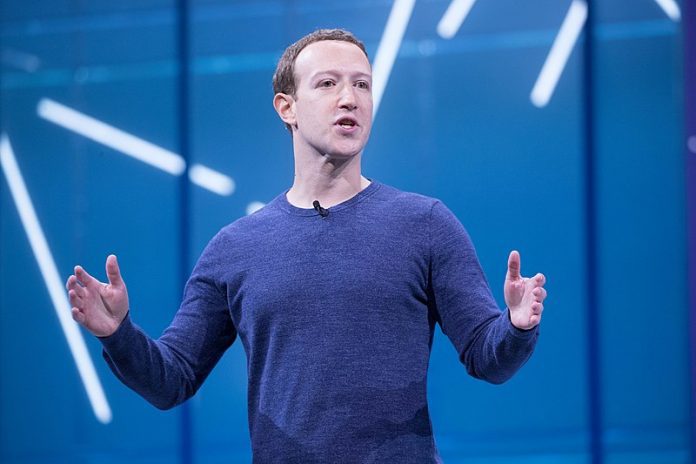 Facebook this week said it would bar political ads in the seven days before the presidential election. That could prevent dirty tricks or an “October surprise” and give watchdogs time to fact-check statements. But rather than responding with glee, election officials say the move leaves them worried.

Included in the ban are ads purchased by election officials — secretaries of state and boards of elections — who use Facebook to inform voters about how voting will work. The move effectively removes a key communication channel just as millions of Americans will begin to navigate a voting process different from any they’ve experienced before.

“Every state’s elections office has a very small communications office that is doing everything that they can to get the word out about the election,” said Gabe Rosenberg, the communications director for Connecticut Secretary of the State Denise Merrill (who is not related to this reporter). “This just makes it a little bit harder, for, as far as I can see, no real gain.”

The rule change was announced Thursday in a Facebook post by the site’s CEO, Mark Zuckerberg. Previously, Facebook’s rules for fact-checking certain campaign ads but not others have come under fire. Taken together, they demonstrate how Facebook has become an integral piece of the American democratic process — but one that is controlled by the decisions of a private corporation, which can set rules in its own interest.

For elections administrators, the last few days before an election can be the most stressful and when communication is needed most. They remind voters to mail back their absentee ballots and when Election Day voting begins and ends. Many of these ads can still be run under Facebook’s new rules, as long as they’re set up more than a week before the election.

Amid the coronavirus pandemic, local election offices are scrambling to find new ways for eligible voters to cast their ballots. Voting methods and locations will be changing fast, even within the seven-day window included in Facebook’s ban.

A few days before Connecticut’s primary election on Aug. 11, Hurricane Isaias struck the state, knocking out power to more than a million people. That led Connecticut’s governor to make a subtle, but crucial, change to the state’s election rules on the day before the election. He instructed election officials to count mail-in ballots that had been postmarked by election day, instead of only those that had arrived by election day.

With power still out to tens of thousands of people and businesses, “it was really important that we told people that they only needed to postmark their ballots by election day because the little bit of news they were getting was that the Postal Service was down,” Rosenberg said. The Postal Service’s sorting hub in Hartford had lost power for a time after the storm.

“The only way we can notify people of something changing that late in the process is via Facebook and Instagram,” he said, citing the decline of local print news and the power outage making TV out of the question. The office spent about $2,000 on ads in the week before the state’s primary, according to Facebook’s published data.

There are other scenarios under which election administrators might have an urgent need to communicate changes to voters. Dozens of cases that could affect voting rules are wending their way through state courts, including ones that govern how mail-in ballots are processed and whether felons are able to vote. A key decision could easily be made just days before Nov. 3.

Just this week, the Chan Zuckerberg Initiative announced a $250 million donation meant, in part, to help expand voting locations, which could result in new polling places opening late in the process.

There is some basis for the timing: The last few days before an election can be rife with tactics meant to avoid scrutiny.

Without a key way to communicate how polling places are changing, the chances mount that potential voters will miss important information.

Facebook said it is trying to help elections officials, not hinder them. “We’re committed to supporting the important work election administrators do to make voting possible,” Tom Channick, a Facebook spokesperson, said in a statement. He cited new Facebook tools for election administrators, including “Voting Alerts” and a page on Facebook that offers information on how to vote.

Unlike ads, the alerts don’t appear on Instagram, only on Facebook. They appear on the voting information page, but they wouldn’t normally show up in a user’s news feed. And Facebook won’t let election administrators use the voting alert tool unless their Facebook pages do not include the name or a photograph of the officeholder. Connecticut’s page, for instance, does include such information, as do the pages of elections officials in many other states.

Facebook told ProPublica that it’s sticking to its decision to include election-administration ads in the ban, but has offered to help administrators change their pages to be able to use Voting Alerts and says it’s considering ways to show the alerts more broadly.

Rosenberg says an easy solution would be to exempt election administrators’ ads from the temporary ban — or to stop counting their ads as political and forcing them to include “Paid for by” disclaimers like ads from campaigns.

That’s a solution that Facebook has used before. Facebook exempted news organizations’ ads that promoted news stories from being treated as political after pushback that the site was conflating ads for journalism with political propaganda. Facebook didn’t, however, exempt ads from the U.S. Census Bureau that urged people to fill out the census.

Rosenberg says he’s pressed Facebook for an answer about why their political ads rules apply to election administrators’ ads. He hasn’t gotten one.

“These aren’t political ads. These are the basic civic building blocks of a democracy,” Rosenberg says. “We’re just trying to make sure that voters have the info that they need in order to participate.”