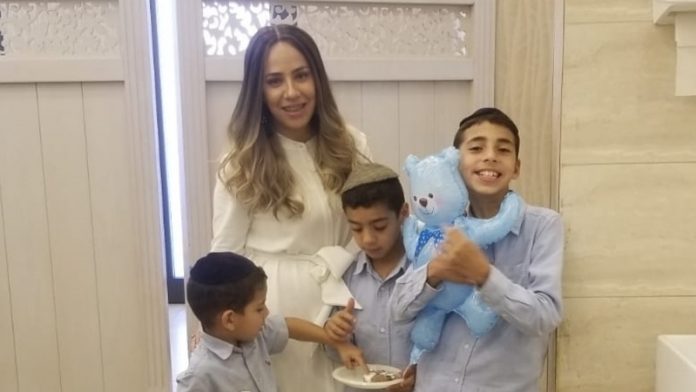 A 32-year-old woman died of COVID-19 and doctors were unable to save her 30-week fetus in an emergency C-section, a Jerusalem hospital announced Sunday.

The woman, Osnat Ben Shitrit, was healthy until she recently contracted the coronavirus, and previously had four smooth pregnancies that ended in straightforward births, a spokeswoman for Hadassah Medical Center told The Times of Israel.

The woman had not been vaccinated.

The fetus had not been not infected with the virus, but was delivered in critical condition and did not survive, Hadassah said.

The news from Hadassah reverberated across the Israeli health system, with doctors warning that it illustrates the increased danger that the British variant, which now accounts for almost all Israeli COVID cases, holds for pregnant women and fetuses.

While concern related to the British strain lately focused on its transmissibility, not virulence, it is believed to impact pregnant women worse than the regular strain. Last month, as the British variant spread, Israel approved vaccines for pregnant women and started encouraging women to get the shots.

“This news raises a red flag regarding the dangers of COVID-19 to pregnant women,” Prof. Galia Grisaru-Soen, director of the pediatric infectious diseases department at Tel Aviv Sourasky Medical Center, told The Times of Israel.

Ben Shitrit, a resident of the Jerusalem area, was admitted to the hospital last Tuesday due to respiratory distress, and started deteriorating rapidly on Saturday night. Doctors noticed damage to several of her organs, and a large team, including cardiology and gynecology experts, was assembled by her bedside.

According to a Hadassah statement, medics made “very prolonged” resuscitation attempts and performed an emergency caesarian section. But the mother died, and “despite tremendous efforts to save and save the fetus’ life in the preterm intensive care unit,” it did not survive.

The staff has been left in an “emotional storm,” and the hospital “shares in the heavy grief of the family,” the statement said.

Grisaru-Soen said: “The new variants, British and maybe South African. seem to be more dangerous to pregnant women, and we should encourage pregnant women, at least after the first trimester, to be vaccinated.”

On Tuesday, February 23, 2021, a stillborn fetus from a woman infected with the coronavirus in the city of Ashdod was found to be carrying the virus, having been infected via the placenta.