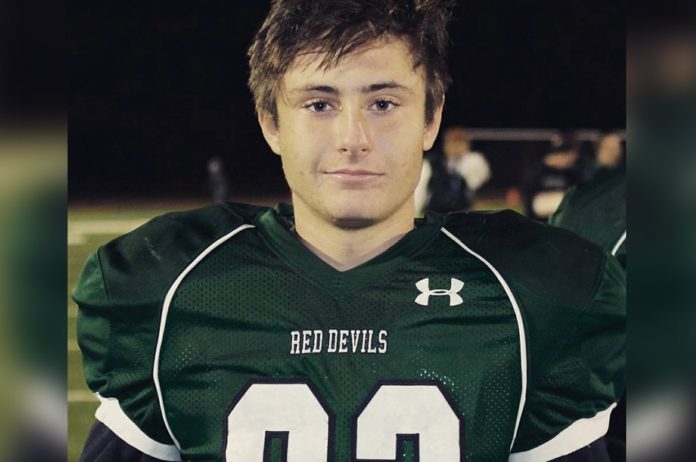 The suicide jumper at the Vessel in Manhattan’s Hudson Yards was a former high-school rugby star and “tough kid, not afraid of anything,’’ his ex-coach told The Post on Sunday, February 2, 2020.

“He is seemingly the most unlikely of cases for suicide,’’ Simon Perry said of Peter DeSalvo, 19, a Sacred Heart University freshman from Basking Ridge, NJ, who leaped to his death from the artistic new landmark around 5:30 p.m. Saturday, February 1, 2020.

The teen’s parents “are the nicest people, absolute sweethearts. He was their only child,’’ added the high school coach, his voice breaking. “He was doing great in school. He was playing rugby at Sacred Heart. I’m going to ask to have Pete’s jersey retired.’’
A law-enforcement source said that according to video and witnesses at the tourist-mobbed site, the teen was by himself when he “got on a railing and jumped off from the sixth floor” of the West 33rd Street structure, also known as “The Hive” because of its beehive-like appearance. 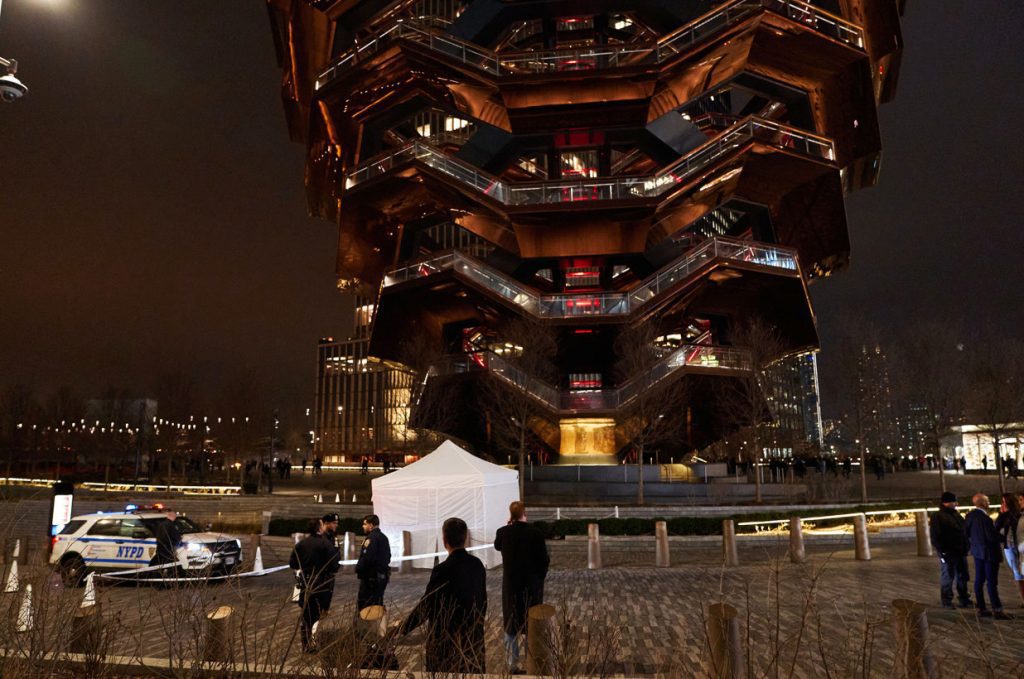 “He didn’t say anything to anybody,’’ the source said of DeSalvo.

The source added that the teen’s family has no idea why he killed himself and that he had no note on him.

“He was a terrific lineman. Not flash, just got on with business,” the grieving coach said of DeSalvo, who also played football for Ridge High School in the town.

“The whole community is in shock,” said Perry, who lives across the street from the family.

Security workers at the winding structure Sunday said that there were no extra measures in place and that they were not aware of anything that might be instituted in the wake of its first suicide. An e-mail and phone message left at The Vessel’s office by The Post on Sunday were not immediately returned.

There was one roped-off area on its first-tier Sunday, but that was because of a loose stair, the workers said.

Tourists were shaken by news of the suicide.

“When you look at it and think about it, it is easy to jump off it,” said Brazilian tourist Suelen Jorge.

Two men who identified themselves as DeSalvo’s uncles outside the family’s home Sunday declined to comment.

“The family asks for privacy right now,” said one of the men, who added that they knew no details about what happened.