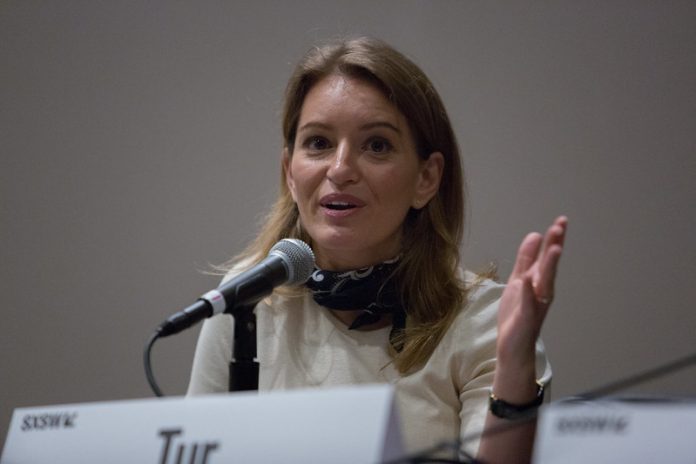 Donald Trump mocked The View co-host Meghan McCain for what he described as her getting “fatter” and referred to MSNBC anchor Katy Tur as “that bitch with the tranny dad,” according to an upcoming book that details the president’s cable news media “obsessions.”

A book set to be published February 11 from Lachlan Markay and Asawin Suebsaeng, two reporters at The Daily Beast, delves into Trump’s longtime contentious relationship with TV news personalities and highlights several anti-media rants dating back to the 2016 presidential election.

An excerpt from the book portrays Trump as a manipulator of the news media, tangling with figures ranging from Morning Joe hosts Joe Scarborough and Mika Brzezinski to former Fox News anchor Abby Huntsman. The president routinely engaged in petty gossiping about the physical appearance of female journalists and constantly questioned why he doesn’t receive more positive news coverage.

“He was prone to distraction and consumed by gossip and petty feuds. And he took any criticism as a personal slight against him and went scorched earth in response,” wrote Markay and Suebsaeng in their new book Sinking in the Swamp: How Trump’s Minions and Misfits Poisoned Washington.

The excerpt released February 2, 2020, claims Trump referred to then-NBC News correspondent Katy Tur as “that bitch with the tranny dad.” The president’s alleged insult references Zoey Tur, formerly Robert Albert Tur, a pilot and journalist who gained national notoriety covering several high-profile 1990s Los Angeles events including the O.J. Simpson Bronco chase. The elder Tur drew the ire of Trump after labeling him a “fascist” and “mentally ill” during an interview with The Hollywood Reporter.

Trump would reportedly go on to describe Tur as a “third-rate journalist” to confidantes, according to The Daily Beast reporters. In one particularly snide 2015 interview, Trump berated Tur by taunting her, “Come on, try getting it out, try getting it out.”

In March 2019, Meghan McCain, co-host of ABC’s The View and daughter of longtime Republican Senator John McCain, responded to the president’s repeated attacks on her late father’s credibility by describing Trump’s life as “pathetic.” She went on to say: “I don’t expect decency from the Trump family.”

This reportedly prompted the president to pick up the White House phone and launch into a tirade with a confidante in which he asked, “She’s been getting fatter?” while discussing the appearance of her cheeks and waistline in obsessive detail. McCain has publicly addressed topics of “body-shaming” and offered helpful words of advice to young women being criticized for their appearance.

“I am one of the lucky ones who never suffered from [an eating disorder]. I never dieted to get a man or a job and somehow landed my dream both – hope young girls see me and know they don’t have to diet either,” McCain tweeted in October, responding to a person mocking her weight.

Another anecdote described in the book shows Trump attempting to offer former Republican ambassador and presidential candidate Jon Huntsman Jr. a compliment regarding his daughter, former MSNBC and Fox News host Abby Huntsman. “Now I know how Abby lost all her baby weight so fast!” Trump reportedly told her father at a 2018 West Wing rendezvous.

The authors characterized the president throughout as both a candidate and a human being who has “defined himself by his enemies.”

According to a description of the book by publisher Viking: “Sinking in the Swamp is an uncompromising account of the financial and moral degradation of our capital, told with righteous indignation and through the lens of key power players and foot soldiers whose own antics have often escaped the notice of the overworked press corps.”