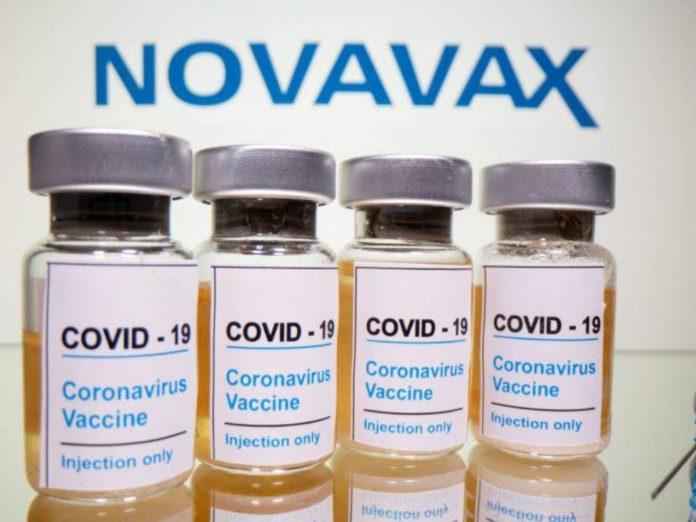 Novavax, a little-known company supported by the U.S. federal government’s Operation Warp Speed, said for the first time on Thursday that its Covid-19 vaccine offered robust protection against the virus. But it also found that the vaccine is not as effective against the fast-spreading variant first discovered in South Africa, another setback in the global race to end a pandemic that has already killed more than 2.1 million people.

The news was problematic for the United States, which hours earlier reported its first known cases of the contagious variant in two unrelated people in South Carolina. And it came just days after Moderna and Pfizer said that their vaccines were also less effective against the same variant.

Novavax, which makes one of six vaccine candidates supported by Operation Warp Speed last summer, has been running trials in Britain, South Africa, the United States, and Mexico. It said Thursday that early analysis of its 15,000-person trial in Britain revealed that the two-dose vaccine had an efficacy rate of nearly 90 percent there. But in a small trial in South Africa, the efficacy rate dropped to just under 50 percent. Almost all the cases that scientists have analyzed there so far were caused by the variant, known as B.1.351. The data also showed that many trial participants were infected with the variant even after they had already had Covid.

“We have the first trial — we are the first to conduct an efficacy trial — in the face of a changing virus,” said Stanley Erck, the president, and chief executive of Novavax. He said that researchers expected the variants could change the trial results, but “the amount of change has been a bit of a surprise to everyone.”

The South Africa trial was relatively small — with just 4,400 volunteers — and was not designed to come up with a precise estimate of how much protection the vaccine provides. Still, the results were striking enough that the company said it would soon begin testing a new vaccine tailored to protect against the variant from South Africa. “You’re going to have to make new vaccines,” Mr. Erck said.

While the Pfizer and Moderna vaccines rely on a newer mRNA technology that has not been used in previous vaccines, Novavax’s candidate employs an older, more established method that relies on injecting coronavirus proteins to provoke an immune response.

The fact that three vaccines all appeared to show lowered effectiveness against the variant from South Africa is not encouraging, and the results Novavax announced Thursday were the first to occur outside of a laboratory, testing how well a vaccine worked in people infected with a new variant. Johnson & Johnson is also on the cusp of announcing the results of its Covid-19 vaccine trials and has also tested its candidate in South Africa.

The announcement from Novavax raises the stakes for Johnson & Johnson. The company was expected to announce its results as early as last weekend, and the delay has triggered speculation among scientists that the firm has also discovered that its vaccine worked less well in South African trial volunteers who were infected with the variant. In an earnings call on Tuesday, Alex Gorsky, the chief executive officer of the company, said they were looking forward to sharing results from their late-stage trial by early next week.

The emergence of several highly contagious variants has complicated efforts to bring the pandemic under control, leading world leaders to shut down travel to places like Britain and South Africa even as the variants already appear to have circled the globe. In the United States, researchers have warned that the variant first identified in Britain, which is believed to be more infectious, could become the dominant form of the virus in this country by March.

The United States is well behind other countries in testing for such variants, and the one from South Africa has been found in about 30 countries.

But experts have also said there are reasons for optimism, noting that the vaccines remain effective. The best way to combat contagious new variants is to continue vaccination and other public health measures, which will slow the virus’s ability to infect new people and mutate further. Drugmakers could update their vaccines and offer new shots at regular intervals, similar to the flu vaccine.

Novavax’s trial in Britain tested how many volunteers developed symptoms of Covid-19 one week after receiving a second dose. The company said Thursday that its initial analysis showed that out of 62 participants who developed the illness, 56 had received a placebo and 6 had gotten the vaccine. The newer, more contagious variant first identified in Britain was found to have caused about 50 percent of the cases in the trial, Novavax said.

If those results were to bear out in the larger clinical trial in the United States and Mexico, which has enrolled about 16,000 out of a goal of 30,000 people, then it would put the vaccine on par with the Moderna and Pfizer-BioNTech vaccines, which were shown to be about 95 percent effective.

But the news in South Africa was not as encouraging. Novavax’s smaller trial found the vaccine to have a 49.4 percent efficacy overall. (The company reported that about 6 percent of the trial’s participants were positive for H.I.V., and for those who were not H.I.V. positive, the vaccine had a 60 percent efficacy.) The company said the trial began recording cases of Covid-19 from September through the middle of this month when the more contagious variant was widely circulating. Novavax said 44 trial participants developed Covid-19, and it sequenced the genetic lineage of 27 cases. Of those, 25 cases were caused by the more contagious version of the virus.

The company also said that about one-third of the trial participants in South Africa had previously developed Covid-19 after being infected by the original form of the virus and that their results showed those previous infections did not protect them against the new variant. The company said its vaccine did provide some protection for those who had previously contracted the disease but did not include this group in its analysis.

Novavax began working on a new version of the vaccine this month to address more contagious variants, which could serve either as a booster shot or which could be given at the same time as their original vaccine.

The B.1.351 variant first came to the attention of scientists in December. It contains a number of mutations, including some that changing the shape of the surface of the virus and weaken the effectiveness of vaccines.

Looking back at older samples, South African scientists found the first evidence of B.1.351 dating back to October. But by December, it had swept across the country, becoming the dominant lineage of the coronavirus in many regions.

That alone would make B.1.351 a worrying development. In Britain, researchers found another fast-spreading variant known as B.1.1.7. In Brazil and California, other scientists have found variants that may be more contagious than previous forms of the coronavirus.