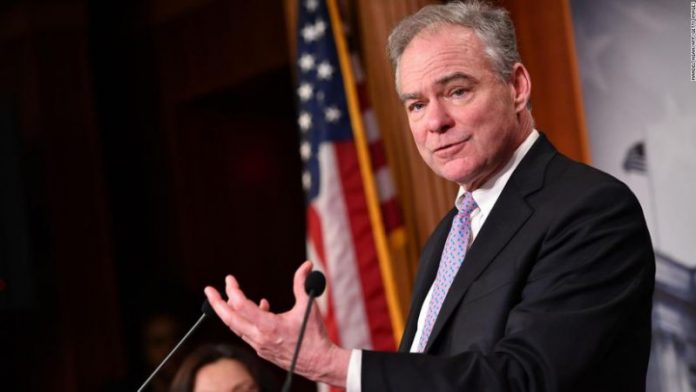 A bipartisan group of senators are quietly discussing potential changes to the Senate rules in an effort to break the chamber’s growing legislative gridlock.

The discussions wouldn’t gut the 60-vote legislative filibuster, which has been back in the spotlight after it threw a wrench into a power-sharing deal, and Sens. Joe Manchin (D-W.Va.) and Kyrsten Sinema (D-Ariz.) reiterated that they don’t support doing away with it.

But senators involved in the talks are looking at ways to make it easier to get votes for bipartisan bills on the floor and how to get more votes on amendments, which have become increasingly rare in the Senate.

e are talking about a number of those possibilities,” Sen. Tim Kaine (D-Va.) told The Hill, noting that the talks were happening among Democrats but also with Republicans.

Sen. Mike Rounds (R-S.D.), who is involved in the talks, said there was “an interest in at least seeing the Senate actually function the way that it used to in the past.”

“I think it would be healthy for the Senate to be able to find a way to — at least on a pilot project for lack of a better term — test whether or not we could be responsible members that would get germane amendments at least on a limited basis,” Rounds said.

Senators involved in the negotiations stressed that they were not close to a deal, noting that the time likely wouldn’t be ripe until after former President Trump’s second impeachment trial, which is set to begin on Feb. 9.

Though Democrats want to move quickly on coronavirus relief, most legislation is on hold until after the proceeding.

Sen. Ben Cardin (D-Md.) said senators were trying to see if there was a bipartisan way to make it easier for bills to be brought up on the floor.

“There are ways that we would like to modify floor procedure, but not necessarily getting rid of the filibuster,” he said. “What we’re trying to do is get bipartisan bills to the floor, with guaranteed amendments and action.”

He added that there was bipartisan interest in trying to find ways to avoid eating up time on motions to proceed, a first procedural step to a bill getting voted on, as well as freeing up bills that are held up by one or two senators. The Senate’s rules allow a single senator to drag out a debate, or to stop a vote unless leadership is willing to use precious floor time to defeat the senator.

Schumer, during a press conference on Tuesday, said he wanted to improve the way the Senate functions but didn’t specifically commit to accepting changes.

“Look, we hope we can get a more open process. Under Leader McConnell, it’s been totally closed. We’ve hardly done any legislating. The House sent over 260 somewhat bills and none of them saw the light of day. We want to have a more open process,” Schumer said.

Durbin, who is involved in the talks, said that there had been talks back and forth but that they weren’t close to “any conclusion about what to do next.”

“It started with a Zoom conference in the Democrats that I called and then very quickly [Sen.] Jeff Merkley stepped in,” Durbin said.

Sen. Roy Blunt (R-Mo.), a member of GOP leadership and the top Republican on the Senate Rules Committee, said that he was aware of the negotiations but hadn’t yet decided if they had enough traction for him to get involved.

“I haven’t yet decided whether there’s merit to getting involved,” he said.

“I spent a lot of time on this particularly when Sen. Schumer and I were the chairmen and the ranking member on Rules and he was never willing to do any of these things that would eliminate the first 60-vote hurdle or anything like that,” Blunt added.

Asked about the opposition from Manchin and Sinema, Merkley (D-Ore.), who supports nixing the 60-vote legislative filibuster, said he was gathering input about how to make the Senate more functional.

“Part of that is an effort to restore amendment for both Democrats and Republicans to have a more expeditious pathway for bipartisan bills to be considered on the floor … and we’ll just see to where all that leads,” he said.

There is broad frustration within the Senate over how a handful of senators have increasingly jammed up the ability to get amendment votes on the few bills that do get debate and votes on the Senate floor.

One idea being discussed is that bills that get a certain level of support within the committee could be given a straight up-or-down vote on the Senate floor. Senators are also interested in trying to get a guarantee for each side to have a certain number of amendment votes.

“We are talking actually within the caucus but with Republicans too about, can bills that come through committees that are significantly bipartisan get a guaranteed vote? … Can we have an agreed-upon amendment process?” Kaine said.

Kaine added that the talks had been going on since December but that he expected they would “bear fruit” after the Senate gets past Trump’s second impeachment trial.

Rounds acknowledged that there was broad frustration among senators about the current state of the Senate but cautioned that getting a deal won’t be easy.

“There’s a reason that it hasn’t been done before,” Rounds said. “There are pitfalls to it, and we’re trying to work our way through it.”