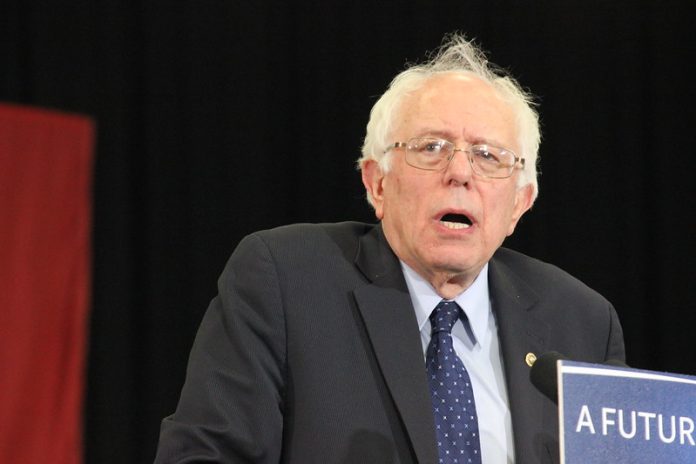 Empire State election officials are weighing whether to knock Vermont Sen. Bernie Sanders off the ballot for the June presidential primary, a move that could infuriate progressives and hand delegate selection to state Democratic party officials.

The decision, made possible by language tucked into the state budget, would essentially cancel the state’s primary and strip Dem voters of their chance to choose delegates to represent New York at the Democratic National Committee convention in August.

“What is the possible motivation here besides trying to return control of 274 delegates to the bureaucratic party,” said Larry Cohen, a longtime progressive member of the DNC and a founding board member with Our Revolution, a nonprofit organization created in the wake of Sanders’ 2016 presidential bid. “It’s beyond belief, frankly, in the current situation that we’re in.”

Cohen says he plans to challenge the credentials of the at the convention if the primary is canceled.

“Coming out of 2016, millions of us believed that we needed party reform to encourage people to identify with this party, this is exactly the opposite,” he added.

Sanders suspended his campaign earlier this month, making former Vice President Joe Biden the party’s presumptive nominee. But the democratic socialist vowed to stay on the ballot in remaining states in order to add progressive weight to the Dem platform and to change party rules.

New York Board of Election officials will decide on Monday whether to remove Sanders from the ballot.

Gov. Cuomo moved the primary from April to June due to the coronavirus pandemic. State and Congressional primaries and a handful of special elections will be held the same day.

Progressives fear removing Sanders from the ballot will disenfranchise thousands of Dems who could help catapult Biden over President Trump in the general election.

“Voting for Bernie Sanders would allow New York’s progressive voters to send progressive delegates to the convention so we have a voice in shaping the Democratic Party platform — and so we can ensure the party is running on an agenda that can turn out voters who were energized by Sanders’ campaign and defeat President Trump,” said Sochie Nnaemeka, the state director of the New York Working Families Party.

Democratic party chairman, Jay Jacobs, said he will do all he can to ensure all Dems are represented at the convention.

“I am mindful of their concerns,” he said. “I understand it, I’m respectful of it and we’re going to try to deal with the issue.”