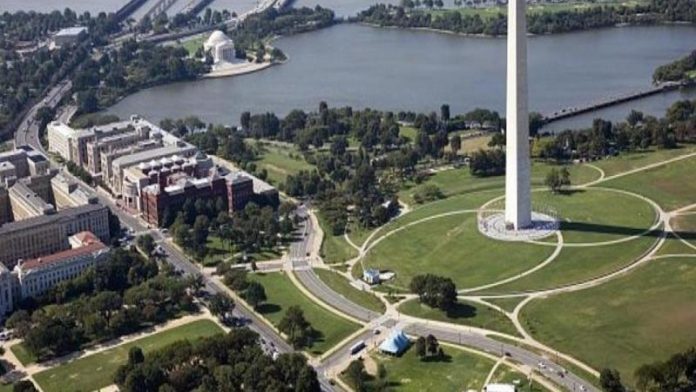 The entire National Mall in Washington, D.C., will be closed to the public on Inauguration Day next week, according to two federal officials in different agencies.

The area between the Lincoln Memorial and the U.S. Capitol will be closed. This includes the Washington Monument, which is between the two locations.

The decision to close the mall is a big departure from the practice of past inaugurations, which have seen up to 1 million people — or well over that in the case of former President Barack Obama’s inauguration in 2009 — in attendance.

The Joint Inaugural Committee had already announced that it would not be issuing tickets this year for people to attend closer to the ceremony, but this latest closure extends to the entire Mall area.

Only authorized people will be allowed in, one official said, such as those working on the entertainment program planned for later in the evening.

While the National Mall will be closed down to the general public, federal officials also said they are considering whether to allow admission to the groups that were earlier granted “First Amendment” permits.

One such permit, allowing 5,000 people, was issued to a group called “DC Action Lab,” which described itself as wanting to put on a “free speech demonstration against the inauguration.” A decision will be made, possibly later Thursday, on whether to allow the group access to the mall. If so, all those in attendance would be screened by law enforcement.

The swearing-in of Preside-elect Joe Biden next Wednesday will come two weeks after pro-Trump rioters stormed the Capitol and resulted in the death of a Capitol Police officer and four others.

Biden’s inaugural theme will be “America United” and he will partake in several activities alongside former Presidents Barack Obama, George W. Bush, and Bill Clinton to underscore that message of unity, his inaugural committee said Monday.

Pop artists Lady Gaga and Jennifer Lopez are also planning to perform the committee announced Thursday. Gaga will sing the national anthem and Lopez will give a musical performance on the West Front of the U.S. Capitol, where the ceremony will be taking place