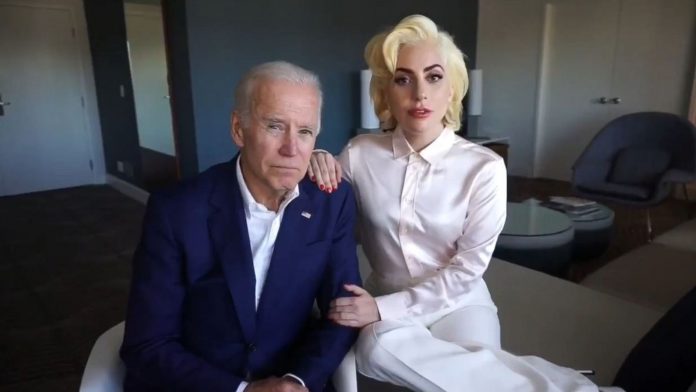 The announcement detailing participants in the 59th inaugural swearing-In ceremony represents one of the more traditional aspects of Biden’s inauguration, which has been largely altered amid the COVID-19 pandemic to accommodate an at-home audience, and faces new concerns over security in the wake of riots at the U.S. Capitol last week that left five dead.

Gaga, who appeared on the campaign trail with Biden during the 2020 election and worked with the then-vice president on his “It’s on Us” campaign to combat campus sexual assault, will perform the national anthem when Biden is sworn in, the committee announced.

Lopez, who endorsed Biden, and took part in a virtual chat with the president-elect during the campaign, is also slated to give a musical performance at the event.

Biden’s ceremony will begin with an invocation from Father Leo J. O’Donovan, who served as the 44th president of Georgetown University, and is a longtime friend of Biden and his family, and also feature a poetry reading by Amanda Gorman, who was named the first-ever National Youth Poet Laureate in the U.S. in 2017.

Biden’s inauguration will also feature a tie to the International Association of Firefighters (IAFF), a union that has long supported Biden, and was the first to endorse him in the 2020 race.

Andrea Hall, the president of IAFF Local 3920 in Georgia, and the first African American woman in The City of South Fulton Fire Department’s history to be promoted to the rank of fire captain will deliver the pledge of allegiance during the event.

The Benediction to close Biden’s ceremony will be delivered by Reverend Dr. Silvester Beaman, a close confidante and friend of the president-elect for more than 30 years. Beaman also worked with Biden’s late son, Beau, who served Delaware’s former attorney general before his death in 2015.

“We are thrilled to announce an inspired group of dynamic participants for the 59th Inaugural Ceremonies. They represent one clear picture of the grand diversity of our great nation and will help honor and celebrate the time-honored traditions of the presidential inauguration,” Inaugural committee CEO Tony Allen said in a statement.

“They are also committed to the President-elect and the Vice-President-elect’s steadfast vision of a new chapter in our American story in which we are an America united in overcoming the deep divisions and challenges facing our people, unifying the country, and restoring the soul of our nation,” he continued, calling back to the thematic hallmarks of Biden’s campaign.

While inauguration day often culminates in a slew of inaugural balls featuring high-profile performers, Biden’s team is moving forward with plans for primetime programming the night he assumes office, with a mix of live and pre-taped performances from several iconic locations across the country, including Washington, D.C., to accommodate a virtual audience.

The 90-minute program, titled “Celebrating America,” will be hosted by Tom Hanks, and feature remarks from Biden and Vice President-elect Kamala Harris, as well as remarks and performances from other celebrities, including Jon Bon Jovi, Demi Lovato, Justin Timberlake, and Ant Clemons.

The primetime programming will cap off the inaugural celebration that includes events ahead of Biden taking the oath, including their previously announced National Day of Service on Martin Luther King Jr. Day and a nationwide COVID-19 Memorial to Lives Lost on January 19.

Another major change to the inaugural celebration, the traditional parade down Pennsylvania Avenue, will be replaced with a “Parade Across America” — the “reimagined,” and largely virtual event that will feature performances in communities across the country.

The overall inaugural celebration will include the official swearing-in ceremony at the Capitol, as well as a wreath-laying on Arlington National Cemetery with other former first couples, including former President Bill Clinton and former Secretary of State Hillary Clinton and former presidents and first ladies, George and Laura Bush, and Barack and Michelle Obama.

President Donald Trump, who became the first president in U.S. history to be impeached twice (when he was impeached for the second time Wednesday), said he does not plan to attend his successor’s Inauguration, but Vice President Mike Pence is expected to be there, according to a person familiar with his decision.