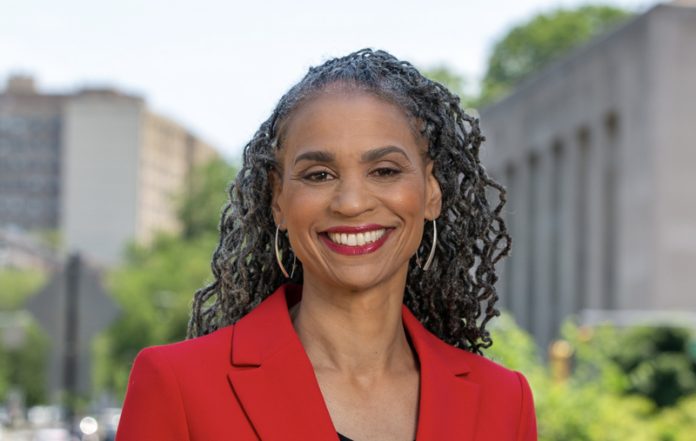 The Leadership Conference on Civil and Human Rights announced today that it and its sister organization, The Leadership Conference Education Fund, have selected civil rights attorney and activist, and NBC News and MSNBC Legal Analyst Maya Wiley to assume the leadership of both organizations. The chairs of the two organizations’ boards made the announcement after a joint board meeting to ratify the consensus recommendation of a 15-member joint board search committee. Wiley will hold the titles of president and CEO of both organizations and officially assume the roles on May 2, 2022.

“We cannot be more thrilled to welcome Maya Wiley to her new role,” said Judith Lichtman, chair of The Leadership Conference board. “She will bring passion, experience, and the leadership skills needed to tackle the challenges for the future. She brings a deep understanding and historical perspective of where we have been and a recognition for the painful times we live in. As we looked for a new president, we wanted someone who understood the excruciating problems of the moment that cry out for leadership for the future – and we have found that in Maya.”

Wiley, currently an NBC News and MSNBC legal analyst, will succeed Wade Henderson, who has served as interim president and CEO since January 2021. Henderson previously served as president and CEO from June 1996 through June 2017. Henderson was succeeded by Vanita Gupta, who is currently serving as the Associate Attorney General at the U.S. Department of Justice.

James Rucker, chair of The Leadership Conference Education Fund board, described Wiley, 58, as “precisely the kind of leader we need, both for this moment, and as we confront the challenges and opportunities of the future.”

“From her upbringing as the daughter of a civil rights leader, to the roles she has played a civil rights lawyer, to leading efforts and organizations focused on democracy and dignity for all, to serving as a educator and communicator—Maya has an acute understanding of where we are, how we’ve gotten here, and where we need to go, in service of the ideals of The Leadership Conference and The Education Fund. And she has the demonstrated leadership to help us collectively get there,” Rucker said. “We are also forever indebted to Wade Henderson, for helping us get to this moment, and for returning to the helm during a period of transition. For that, we are deeply grateful.”

Maya Wiley is a nationally respected civil rights attorney and activist who has dedicated her life to fighting for justice, equality, and fairness. The daughter of a leader in the civil rights and economic justice movements, Wiley has held key positions both inside and outside of government. Early in her career, she focused on multiple racial justice issues as a staff member of the ACLU and then the NAACP Legal Defense & Educational Fund, Inc. She has also worked in the Civil Division of the U.S Attorney for the Southern District of New York.

Wiley also co-founded the nonprofit Center for Social Inclusion, a policy organization dedicated to ending racial inequity through structural reform. She was also a senior advisor on race and poverty at the Open Society Foundations.

The first Black woman counsel to the Mayor of New York City, Wiley advised the Mayor on civil and immigrant rights, among other policy issues. Following her time at City Hall, Wiley moved to academia as a faculty member and senior vice president for social justice at the New School University and Henry Cohen professor of public & urban policy at the Milano School of Policy, Management, and Environment. While there, she chaired the New York City Civilian Complaint Review Board (CCRB), the city’s police watchdog agency. As chair, she successfully pushed for a vote on proceedings against Daniel Pantaleo whose illegal chokehold killed Eric Garner. That move led to the CCRB’s successful administrative prosecution of Pantaleo that resulted in his firing. Wiley’s tenure at the CCRB was marked by increased case closure rates, increased transparency, and an intense focus on public outreach so that potential victims of police abuse were aware of ways to seek the board’s assistance.

As a professor of public & urban policy at the New School, Wiley founded the Digital Equity Laboratory on universal and inclusive broadband. She also served as a legal analyst for NBC News and MSNBC.

“The Leadership Conference and the coalition are the epicenter of the ongoing fight for civil and human rights that endures and has become more urgent, with the rise of hate, the attack on history, and the challenges of voting in our democracy. It has been at the forefront of American history and remains a fierce force fighting to define our future,” said Wiley. “The Education Fund provides the critical analysis and information we need to change hearts and minds and to bring about much-needed change. I am humbled and hyped to lead these organizations that are committed to making the promise of a more perfect union a reality for all people.”

“Wade Henderson and Vanita Gupta are two leaders I deeply respect and who were outstanding leaders of the organizations. I am honored to follow in their footsteps. The Leadership Conference and The Education Fund have always been necessary, but now are even more important. The progress we’ve made as a people, across our many movements, is in danger. The dangerous erosion of our democracy and our fundamental rights and the attack on truth and knowledge must be confronted. Coming together across communities and creeds, cultures and competencies, we must continue to fight for justice, fairness, and equality for all.”

The two organizations conducted a comprehensive search for Gupta’s replacement with the help of the nationally renowned executive search firm BoardWalk Consulting. Ultimately, Wiley stood out for her long-standing commitment to civil and human rights, her impeccable background, and integrity.

Henderson, who plans to remain active in the struggle for civil and human rights, said Wiley would bring new energy, fresh ideas, and strong leadership to the organizations.

“I was pleased to pass the baton of leadership to Vanita, and I am again pleased to pass the baton to Maya,” said Henderson. “I have known and worked with Maya for many years, and I know she is perfect for this job. Her commitment to the principles the organizations hold dear are exactly what we need. She will take the civil and human rights movement to the next level. While our struggles are as old as the nation, the times we live in have changed, creating new challenges to overcome, but also new opportunities to build an America as good as its ideals.”