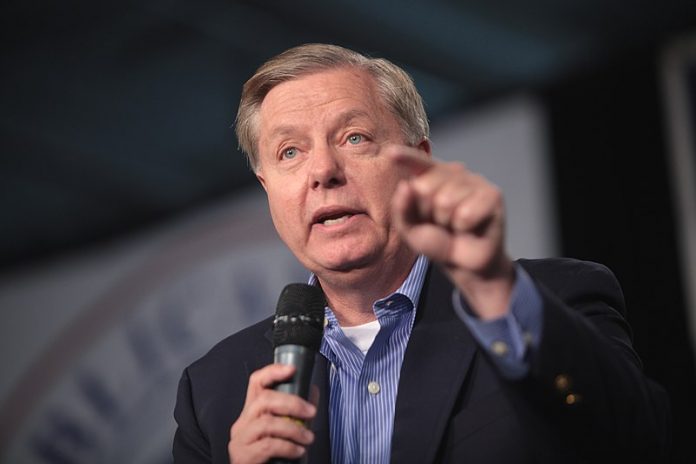 Though Democrats have the Senate majority, Graham is still the Senate Judiciary Committee chairman because the chamber hasn’t yet passed an organizing resolution for the 117th Congress.

That means the Senate panels are still operating under last year’s setup — in which Republicans had the majority.

Graham’s letter comes after Sen. Dick Durbin (D-Ill.), the incoming committee chairman, urged him to schedule a hearing for Feb. 8, arguing that there was “simply no justification” for not scheduling it and hinting that behind-the-scenes talks were at an impasse.

But Graham, in his own letter, said Garland should have a two-day hearing and pointed to the upcoming impeachment trial, scheduled to start next week, as a roadblock.

“The Senate is about to conduct its first-ever impeachment trial of a former president, and only its fourth trial of a president, incumbent or not. Under the procedure the Senate has adopted, Donald Trump’s trial is set to start on February 9. But you want us to rush through Judge Garland’s hearing on February 8. An impeachment is no small thing. It requires the Senate’s complete focus,” Graham wrote.

He added that Democrats “do not get to score political points” through the impeachment trial while “also trying to claim the mantle of good government.” Graham also noted that the committee is missing paperwork from Garland.

Under a pretrial deal reached by Senate leadership, Trump’s impeachment trial will start as soon as Feb. 9. Democrats are hoping to be able to pass legislation and confirm nominations in the morning and hold the trial in the afternoon, but Republicans have warned they will block that from happening.

“I look forward to questioning Judge Garland and potentially supporting his nomination, but not on February 8. Governing requires trade-offs,” Graham said.

It is unclear when the Senate will pass a power-sharing deal setting up how an evenly split chamber will operate.

Senate leaders indicated that they were close to an agreement last week after they defanged a fight over the legislative filibuster, but the Senate adjourned for the weekend without voting on a deal.

Sen. Bernie Sanders (I-Vt.), who is poised to become Senate Budget Committee chairman, told MSNBC that it could pass the Senate on Tuesday. Spokespeople for Senate Majority Leader Charles Schumer (D-N.Y.) didn’t immediately respond to a request for comment.

The standoff between Graham and Durbin isn’t the first time Garland has run into roadblocks from Senate Republicans.

In 2016, Senate Republicans, who held the majority at the time, refused to give Garland a hearing or a vote for his Supreme Court nomination, citing the looming presidential election.

In 2020, Senate Republicans set a new record for how close to a presidential election a Supreme Court nominee has been confirmed when they placed Justice Amy Coney Barrett on the bench.

Once Garland’s nomination is on the Senate floor, Democrats can confirm him over GOP objections.

Durbin, in his letter, warned that if Graham refused to set up a Feb. 8 hearing, he could try to speed up Garland’s confirmation.

“Although I hope we can proceed in a bipartisan fashion, I am prepared to take other steps to expedite the Senate’s consideration of Judge Garland’s nomination should his hearing not go forward on February 8,” Durbin wrote.