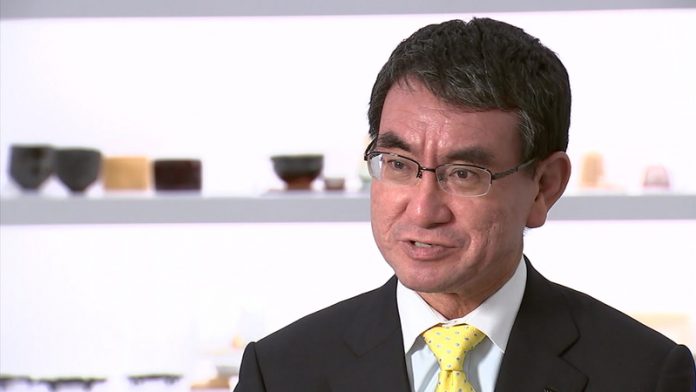 Japan’s vaccine program chief on Friday, January 22, 2021, walked back on a goal to secure enough targeted supplies of COVID-19 vaccines by June, one month before the planned start of the Tokyo Olympics.

Taro Kono, the newly installed head of Japan’s inoculation push, told reporters that “old information” was behind a spokesman’s comments on Thursday that the government expects to have enough vaccines for its targeted population by mid-year.

“At the moment, we are making preparations to start vaccination in late February,” Kono said. “We would like to provide information on what will come after that as things firm up.”

Prime Minister Yoshihide Suga has pledged to have enough shots for the Japanese populace by the middle of 2021. But production and distribution problems have hampered vaccine rollouts across the globe, and Japan already trails most major economies in starting its inoculation campaign.

Kono said Pfizer’s vaccine will be used for the first shots, starting with 10,000 medical workers at 100 hospitals. The next priority after medical workers was to vaccinate the elderly, those with health conditions, and elderly care facility workers.

Japan has made deals to purchase 144 million doses, enough to inoculate 72 million people, from Pfizer. It has also secured 50 million doses from Moderna Inc and 120 million from AstraZeneca Plc. Altogether, that would be more than enough for Japan’s population of 126 million.

Japan requires domestic trials for vaccines before granting regulatory approval. Pfizer’s is expected to be approved next month, while Moderna started its first domestic trial on Thursday. AstraZeneca has done a trial in Japan but has not yet filed for approval.