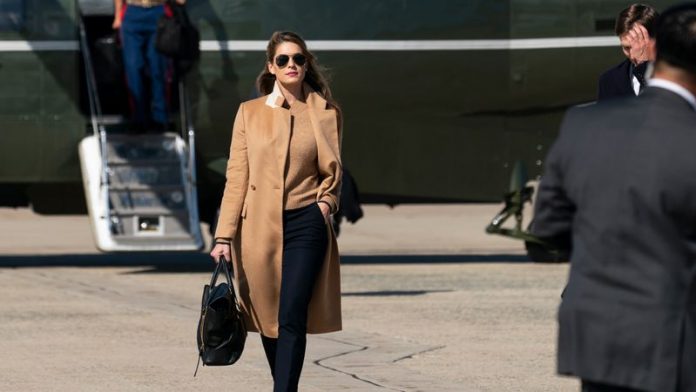 Hope Hicks will leave her post at the White House next week.

Bloomberg News reported that the 32-year-old top aide of President Donald Trump has told colleagues that her departure, just a week before the end of Trump’s term, is not in protest of the president’s handling of Wednesday’s riot on Capitol Hill.

Hicks, who was Trump’s original campaign press secretary before becoming the country’s youngest White House Communications Director, only to leave the West Wing and come back, was one of the few ‘Trump whisperers’ left.

That leaves Ivanka Trump and only a few other close aides steering the White House during the president’s last week.

While it’s normal that some administration figures depart early, Trump’s incitement of the Capitol Hill siege on Wednesday hollowed out the corridors of power more quickly.