It took way too long for the Remake of Alex Haley’s Roots to hit the UK and then only to be aired on BBC4.  When I first heard about it I was not impressed.  The original was  one of those things like ‘Star Wars’ woven into my past that should not be messed with.  How could they improve on what was at the time and remains today one of the best TV shows of all time?

For all you out there who like me did not want to really watch a remake of something that was so iconic and important for us then I am here to assure you.  Watch it.  Nothing can surpass the original in my book, mostly because of the timing of it.  1977.  You had to be brave to do roots back in 1977.  This remake though does not let down the original.  The first episode had me gripped, angry, emotional.  I was fully engrossed and connected.  I forgot about comparing it to the original after about 30 minutes in and found myself a up to date believer in this version.

This version is well cast and although it took me a little while to accept Malachi Kirby as Kunta Kinte I eventually did.  When you grew up with LeVar Burton as one of your icons you almost feel guilty to like anyone else in the role he made his own.  He is still my favourite but Malachi Kirby began to win me over much sooner than I expected in the role of Kunta Kinte.  Forrest Whitaker as Fiddler took all of 5 minutes to accept. He is just brilliant in that role.

Let me give you a warning though.  This remake spares no punches.  It is not for the faint hearted or the squeamish.  Nothing about slavery is very nice and this tells it pretty much like it was.  What I really liked about this version is how the British Role in slavery is shown more clearly.  The original TV show did not really show the role of Britain in slavery.  To be honest a Britain’s role in slavery has not really been shown that much in film or TV.  We tend to see the American perspective and the American oppressor.  However right at the centre of slavery was Britain.  It would be fair to say the Great in Britain came mostly through exploitation of slaves and the income it brought the nation.

It’s very easy and convenient for many to forget the role of Britain in slavery and the repercussions that blacks are still dealing with.  It is easy to think of it as an American thing or even perhaps something that is over and done with.  However recent political events in America as well as the UK have shown us that the whole issue of race is far from done with and we are still playing out the repercussions of slavery.

Make no mistake this is not a one sided tale.  It shows how complicit Africans were in the slave trade themselves.  It does not pull any punches.

I suggest you take the time to watch this.  If you are going to watch with your kids which I recommend be sure to cover their eyes at certain points as some things maybe a little too much for them.  This however is a TV show kids need to watch.  If you can tear them away from BGT or X Factor for a moment you will be doing them some real good.  We shall be reviewing the show as it progresses here in the UK and keeping you up to date with our thoughts. 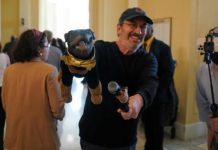 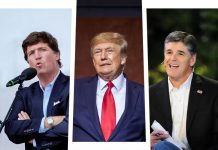