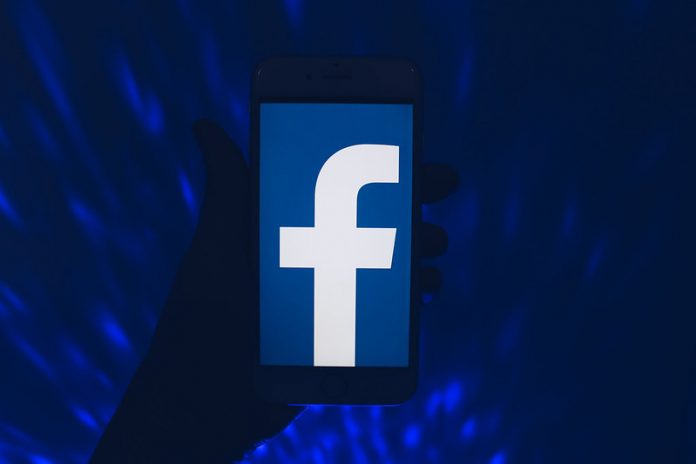 Fact-checkers were unanimous in their assessments when President Trump began claiming in June that Democrat Joe Biden wanted to “defund” police forces. Politifact called the allegations “false,” as did CheckYourFact. The Associated Press detailed “distortions” in Trump’s claims. FactCheck.org called an ad airing them “deceptive.” Another site, The Dispatch, said there is “nothing currently to support” Trump’s claims.

But these judgments, made by five fact-checking organizations that are part of Facebook’s independent network for policing falsehoods on the platform, were not shared with Facebook’s users. That’s because the company specifically exempts politicians from its rules against deception. Ads containing the falsehoods continue to run freely on the platform, without any kind of warning or label.

Enabled by Facebook’s rules, Trump’s reelection campaign has shown versions of the false claim on Facebook at least 22.5 million times, in more than 1,400 ads costing between $350,000 and $553,000, a Washington Post analysis found based on data from Facebook’s Ad Library. The ads, bought by the campaign directly or in a partnership with the Republican National Committee, were targeted at Facebook users mainly in swing states such as Ohio, Georgia, North Carolina, Florida, and Pennsylvania.

They weren’t the only times Trump’s campaign has taken advantage of Facebook’s policy allowing politicians to lie with impunity, something the company does not tolerate from non-political advertisers. Fact-checking organizations that partner with Facebook also have ruled that Trump ads have made untrue claims about Biden’s positions on school choice and health care for immigrants, as well as on the effectiveness of Trump’s response to the coronavirus, yet ads including these claims have been allowed to stay on the platform and carry no warning label, The Post’s review found.

Biden’s campaign has not taken similar advantage of Facebook’s leniency about political claims. Fact-checkers working with Facebook have found far fewer misleading statements from him or his campaign, a review of their work since May found. Most concerned misstatements made in the candidate’s public remarks, typically in interviews or campaign events, such as when he said in June that COVID-19 had killed 120 million Americans when the correct number was 120,000. No fact-checker from Facebook’s network has recently taken issue with a Biden campaign ad that appeared on Facebook.

When Facebook’s fact-checkers deem non-political ads false, the company removes them from its platform, though they remain in the publicly available Ad Library for research purposes. In the case of the Trump ads, the only public presentation of the fact-checkers’ conclusions has been on their own websites — where the organizations routinely run all their assessments.

“It’s crazy,” said Claire Wardle, U.S. director of First Draft, an organization dedicated to fighting misinformation that has a partnership with Facebook. “Because Facebook has decided not to actively fact-check political ads, you have this perverse situation where these fact-checks of problematic ads sit on the fact-checking websites, but there is no mechanism for their work to impact Facebook or their users.”

Facebook created its fact-checking program in December 2016 as a key part of its response to the rampant misinformation spread on its platform during the presidential campaign that concluded with Trump’s victory.

The company signed up some of the biggest names in fact-checking, such as Politifact and FactCheck.org, which long considered curbing deception by politicians as central to their institutional missions.

But Facebook excluded from its fact-checking program statements by politicians, a policy formalized last year in an announcement denounced by many Democrats, civil rights groups and independent disinformation researchers. They complained that Facebook was removing one of the few checks on deceptions by Trump as the 2020 vote loomed.

Critics particularly warned that the ability of political advertisers to narrowly target demographic slices undermined transparency and created the opportunity to rapidly and strategically push falsehoods far more easily than in broadcast ads, which typically are seen by everyone in a particular area — allowing obviously misleading statements to be challenged.

Facebook has defended its position by saying that political speech should be as unfettered as possible and noting that traditional forms of political advertising — on radio, television, and in mass mailings — are not required to be free of falsehoods. Some of the ads in The Post’s analysis also appeared on television outlets, which are not required to police untruths in the ads they show but do sometimes refuse to run ones they deem objectionable.

“Political speech is some of the most scrutinized content on our platform, which ensures that people are held accountable for their words,” said Facebook spokesman Andy Stone. “We’ve built ads transparency mechanisms that simply don’t exist for political ads on TV and radio or for paid political mail, enabling anyone to see and judge the claims politicians make.”

Trump campaign spokesman Tim Murtaugh said, “We stand by our ads and note that most fact checks are arbitrary and usually an extension of the liberal-leaning editorial bias of the organization doing the checking.”

Three of the organizations that found fault with Trump’s claims that Biden wanted to “defund” police forces are nonpartisan. A fourth, CheckYourFacts, is part of a conservative site, the Daily Caller, co-founded in 2010 by a former Bush administration official and Tucker Carlson, now a Fox News commentator. A fifth, The Dispatch, says on its website that it’s “informed by conservative principles.”

In writing about a Trump tweet — dated June 7 and saying, “Sleepy Joe Biden and the Radical Left Democrats want to “DEFUND THE POLICE” — the Daily Caller’s CheckYourFact wrote, “Verdict: False.”

“Biden and his campaign have refuted the claim several times. His campaign website does not list defunding the police as part of Biden’s platform,” read the article, which was published on June 15.

The Dispatch, which was founded last year and joined the Facebook fact-checking network in June, wrote in a headline on June 9, “Does Joe Biden Want to ‘Defund the Police’? No. His campaign website has long called for further funding to increase diversity and add oversight.”

Politifact reached the same judgment on such claims on June 9, showing its “PolitiFact Truth-O-Meter” lit up red with the judgment “false.” FactCheck.org reached a similar conclusion on June 12, as did the Associated Press on July 9. Politifact reiterated its judgment on Wednesday after one of the ads began running on television in Wisconsin, again rating it “false.”

That didn’t stop the campaign from continuing to make the false claim, which played a central role in its social media advertising strategy throughout July and into August. Ads on television also made the false claims, including one that showed images of seemingly rampant crime and street violence and, separately, people seeking help from police that could only be reached through voice mail due to funding cuts.

An offscreen voice in one says that Biden wants to “defund” police. The ad then cuts to a clip of Biden saying in an interview, “Yes, absolutely,” but did not include the context in which Biden talks about excessive militarization of police forces and agreed only with the idea that some funding could be redirected to social services.

The claims in another of Trump’s ads were refuted by FactCheck.org on July 21 under the headline, “Trump’s False, Recurring Claim About Biden’s Stance on Police.” It noted that Biden has repeatedly and directly said in interviews that he does not favor “defunding” the police.

Concern about falsehoods in Facebook advertising stems from the rampant lies, distortions, and disinformation that flooded the platform in 2016, including by Russia’s Internet Research Agency, which used rubles to buy ads in which the operatives pretended to be American political activists. U.S. intelligence officials later determined that Russia’s goal was to divide Americans along racial, social, religious and other political fault lines, and to help elect Trump.

But Trump’s routine use of false and misleading claims during his presidency, along with his heavy and sophisticated use of social media, has fueled concern that unchecked disinformation on would be a problem during the 2020 election season.

The Post’s fact-checking team — which does not work with Facebook but on July 14 ruled Trump’s claims about Biden wanting to “defund” police forces merited “Four Pinocchios,” the worst possible rating of veracity — has detailed more than 20,000 lies, falsehoods and misleading comments by Trump since he took office, for an average of 12 each day.

Facebook’s network of independent fact-checkers has cataloged a similarly robust stream of untruths by Trump, his campaign, cabinet members, Vice President Pence, and numerous campaign surrogates on a wide range of subjects. The rate of falsehoods far outpaces those documented from Biden or his campaign.

The Center for American Progress, a left-leaning think tank, said it had found nine different Trump ads on Facebook whose central claims against Biden or Democrats generally had been ruled false by fact-checkers that were part of the company’s network. Those ads have appeared at least 140 million times on the platform, at a cost of between $2.2 million and $3.7 million. (Facebook’s Ad Library, which is the source of such data, gives ranges, not precise amounts).

“This is something that is not hypothetical. It is real, and it’s going to get a lot worse,” said Adam Conner, vice president for technology at the Center for American Progress. He previously worked on elections and policy issues for Facebook before leaving the company in 2014.

“I did not imagine that these would be tools that harm democracy rather than strengthen it,” Conner said.

Several key members of Facebook’s network began their work before social media was a major vehicle for delivering political falsehoods, but the emergence of Facebook’s operation has provided them with resources to more effectively monitor deception on the platform.

FactCheck.org, a project of the Annenberg Public Policy Center of the University of Pennsylvania, started in 2003. It received $324,000 from Facebook in the most recent fiscal year to check facts on the platform, allowing it to add staff to conduct more fact checks. Project director Eugene Kiely said he would like to see its work at least linked below advertisements it has evaluated.

“The policy should be that you provide Facebook users with as much information as you can to make good decisions. That’s why we’re here,” said Kiely. “I don’t see how you can argue against giving Facebook users more information.”

Politifact, part of the Poynter Institute for Media Studies, also has had combating political lies at the core of institutional mission since its founding in 2007. Editor-in-Chief Angie Drobnic Holan said that the claims of politicians should get more scrutiny, not less, though she praised Facebook for having a fact-checking system that goes beyond what other platforms do. (She declined to disclose how much Facebook pays Politifact to participate in its fact-checking program.)

“I feel like they’re giving politicians a privilege they don’t give to ordinary people, and why would they do that?” said Holan. “The politician’s exemption, from a fact-checking point of view, doesn’t make a lot of sense. They’re giving a break to power.”

Washington Post: Facebook’s fact checkers have ruled claims in Trump ads are false — but no one is telling Facebook’s users