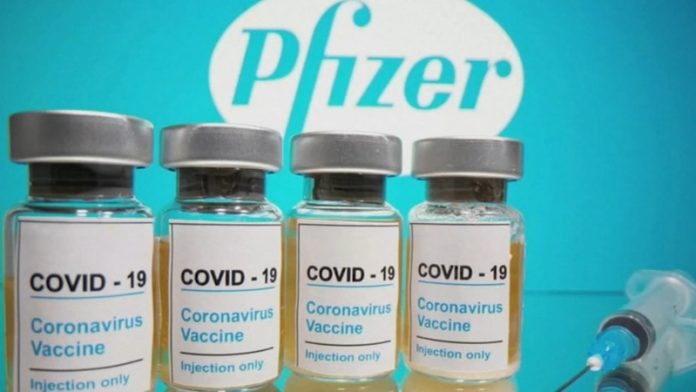 The Food and Drug Administration on Monday granted full approval to Pfizer-BioNTech’s coronavirus vaccine for people 16 and up, making it the first to move beyond emergency use status in the United States.

The decision will set off a cascade of vaccine requirements by hospitals, colleges, corporations and other organizations. United Airlines recently announced that its employees will be required to show proof of vaccination within five weeks of regulatory approval.

Oregon has adopted a similar requirement for all state workers, as have a host of universities in states from Louisiana to Minnesota. The Pentagon has said it would mandate the shots for the country’s 1.3 million active-duty troops once the Pfizer approval came through.

The approval comes as the nation’s fight against the pandemic has intensified again, with the highly infectious Delta variant reversing much of the progress that the country had made over the first half of the year. The Biden administration hopes the development will motivate at least some of the roughly 85 million unvaccinated Americans who are eligible for shots to get them.

Pfizer said it presented the F.D.A. with data from 44,000 clinical trial participants in United States, the European Union, Turkey, South Africa and South America. The company said the data showed the vaccine was 91 percent effective in preventing infection — a slight drop from the 95 percent efficacy rate that the data showed when the F.D.A. decided to authorize the vaccine for emergency use in December. Pfizer said the decrease reflected the fact that researchers had more time to catch people who became infected.

A recent poll by the Kaiser Family Foundation, which has been tracking public attitudes during the pandemic, found that three of every 10 unvaccinated people said that they would be more likely to get vaccinated with a shot that had been fully approved.

The Pfizer-BioNTech vaccine will continue to be authorized for emergency use for children ages 12 to 15 while Pfizer collects the necessary data required for full approval. A decision on whether to authorize the vaccine for children younger than 12 could be at least several months away. So far, more than 92 million Americans — 54 percent of those fully inoculated — have gotten Pfizer shots. Most of the rest received Moderna’s vaccine.

The F.D.A. is in the midst of a decision-making marathon related to coronavirus vaccines. The next major one looming for regulators is whether or not to authorize booster shots. The Biden administration said last week that pending the agency’s clearance, it will offer third shots to adults who got the Pfizer and Moderna vaccines eight months after their second injection, starting Sept. 20.

Federal health officials said that both Pfizer-BioNTech and Moderna’s vaccines, which rely on similar technology, wane in potency over time. That trend, they said, is converging with the rise of the particularly dangerous Delta variant, making those who completed their vaccinations at the start of the year increasingly vulnerable to infection.

Some health experts have challenged the decision to recommend booster shots as premature, saying the data shows that the vaccines are holding up well against severe disease and hospitalization, including against the Delta variant. Boosters would only be warranted if the vaccines were failing to prevent hospitalizations with Covid-19, some of those experts have said.