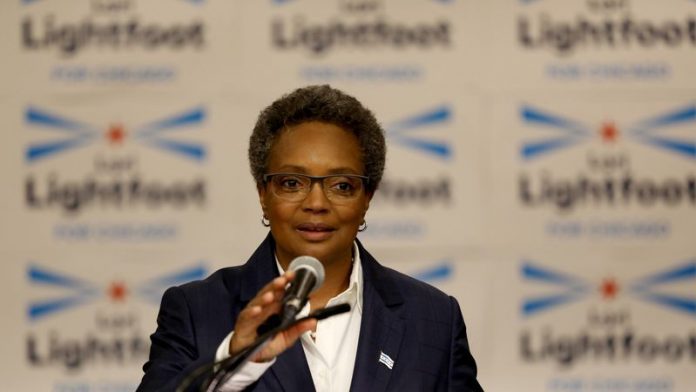 Chicago mayor Lori Lightfoot is facing a lawsuit after her controversial announcement to only give one-on-one interviews to journalists of color.

Thomas Catenacci, a reporter with the right-wing news site The Daily Caller, is suing Lightfoot in wake of what he calls a violation of his First and Fourteenth Amendment rights.

Her decision to temporarily only speak to Black and Brown reporters for her two-year anniversary in office, she said, was part of her lifelong battle to fight for diversity and inclusion.

“In looking at the absence of diversity across the City Hall press corps and other newsrooms, sadly it does not appear that many of the media institutions in Chicago have caught on and truly have not embraced this moment,” she wrote. “I have been struck since my first day on the campaign trail back in 2018 by the overwhelming whiteness and maleness of Chicago media outlets, editorial boards, the political press corps, and yes, the City Hall press corps specifically.”

Catenacci says he submitted three interview requests in less than a week’s time but was never contacted by Lightfoot or her team.

“Preventing journalists from doing our jobs in such a blatantly discriminatory way is wrong and does a disservice to our readers who come from all backgrounds,” Catenacci said in a statement. “Every journalist and every person who consumes the news should be concerned by Mayor Lightfoot’s actions. This affects everyone. I look forward to holding the mayor accountable.”

Filed by Judicial Watch on behalf of Catenacci, the lawsuit alleges Lightfoot discriminated against him “because of his race.”

In her statement, Lightfoot also mocked white reporters and media bosses as hopelessly out of touch.

“It is too heavy a burden to bear, on top of all the other massive challenges our city faces in this moment, to also have to take on the labor of educating white, mostly male, media about…implicit bias…I don’t have time for it,” the statement said.