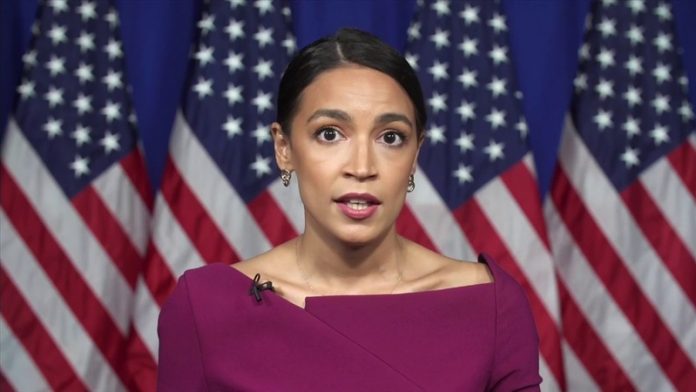 President Joe Biden’s refusal to condemn Israeli airstrikes — and assertion, instead, that Israel “has a right to defend itself” — risks encouraging further violence, Rep. Alexandria Ocasio-Cortez charged Wednesday, May 12, 2021.

Earlier in the day, Biden told reporters that Israel has a right to respond with military force “when you have thousands of rockets flying into your territory.” He added that his “hope is that we’ll see this coming to a conclusion sooner than later.”

That statement, the New York Democrat said on Twitter, lacked context: namely, the treatment of Palestinians by Israeli authorities. The effect, she said, was to “dehumanize Palestinians” and “imply “the US will look the other way at human rights violations.

Last month, Human Rights Watch issued a report that described such evictions as part of an Israeli policy of “apartheid,” saying authorities in Tel Aviv “methodically privilege Jewish Israelis and discriminate against Palestinians.”

Ocasio-Cortez joins a chorus of progressive Democrats critical of the Biden administration’s response to the conflict. Earlier in the week, Rep. Ilhan Omar of Minnesota accused a State Department spokesperson of being “devoid of empathy and concern for human suffering” after he declined to state that Palestinians, too, have a right to “self-defense.”

The US government provides Israel more than $3 billion a year in military aid, totaling more than $146 billion since its founding, according to the Congressional Research Service.

On Wednesday, Foreign Policy reported the Biden administration had “stonewalled” efforts at the United Nations Security Council to pass a resolution critical of Israel and its decision to evict Palestinians from the Sheikh Jarrah neighborhood of occupied East Jerusalem to make way for Jewish settlers.

This latest round of evictions, followed by an Israeli police raid on the al-Aqsa mosque in Jerusalem injured scores of Palestinian worshippers, helped spark the current round of violence. Hamas militants, who control the Gaza Strip, have fired rockets indiscriminately at civilian targets in Israel, with the Israeli military, in turn, launching airstrikes against the densely populated Palestinian territory.

At least 14 Palestinian children have been killed since Monday, according to UNICEF. Gaza health authorities say a total of 65 people have died, including a number of Hamas militants.

At least seven Israelis have also been killed by the rocket fire from Gaza, including one child. 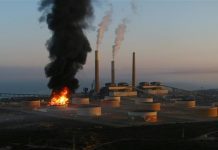