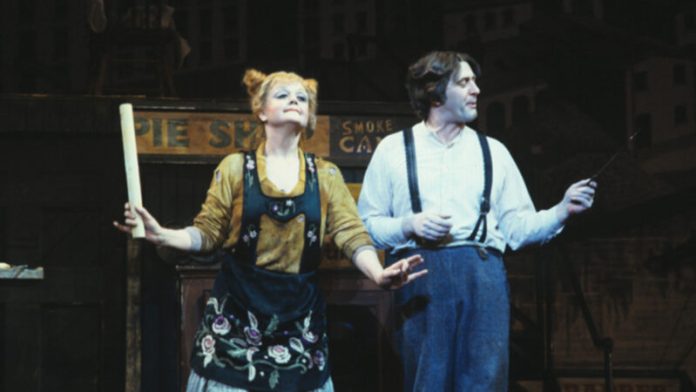 “Angela Lansbury’s contributions to the stage are insurmountable,” said Charlotte St. Martin, President of The Broadway League, and Heather Hitchens, President and CEO of the American Theatre Wing. “From her groundbreaking role in Mame to her iconic performances in Deuce and Sweeney Todd, and most recently, in the revival of A Little Night Music, Ms. Lansbury has given us a lifetime of unforgettable performances, and it is a great honor to present her with the 2022 Lifetime Achievement Award.”

After a 24-year hiatus, she returned to Broadway in Deuce (2007), followed by Blithe Spirit (2009, winning a fifth Tony); A Little Night Music (2009), and Gore Vidal’s The Best Man (2012). In 2013 she toured Australia in Driving Miss Daisy, and in 2014 she reprised Blithe Spirit in London, winning the Olivier Award for her performance as Madame Arcati.

In film, Lansbury has appeared in more than 70 features beginning with her Oscar-nominated turn, at age 17, in Gaslight. Other film credits include National Velvet, The Picture of Dorian Gray (Oscar nomination), The Harvey Girls, State of the Union, Samson and Delilah, The Court Jester, The Long, Hot Summer, The Manchurian Candidate (Oscar nomination), and Death on The Nile. She was the voice of Mrs. Potts in Disney’s Beauty and the Beast and co-starred with Emma Thompson in Nanny McPhee. In 2018 she appeared in Mary Poppins Returns and the animated version of The Grinch with Benedict Cumberbatch.

From 1984 to 1996 she starred as Jessica Fletcher in Murder, She Wrote, the longest-running detective drama series in TV history. She is the recipient of the National Medal of Arts, the Kennedy Center Honors, the Silver Mask for Lifetime Achievement from the British Academy of Film and Television Arts, as well as a BAFTA/LA Britannia Award for Lifetime Achievement in Television and Film.