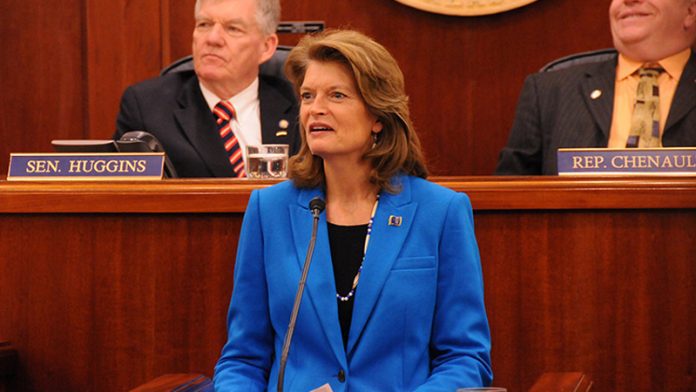 It’s official! After Kelly Tshibaka threw her hat into the ring as a challenger to Senator Lisa Murkowski, the current senator from Alaska has started to campaign to keep her seat in 2022.

“As of this morning, my team and I are NOT on track to meet our End of Quarter financial goals. If we don’t meet these deadlines, I am afraid my campaign will get crushed by radical megadonors,” Murkowski’s email states. “Right now, countless partisan groups from across the country are scheming ways to attack me in the next 20 months. They are working to build enormous dark money war chests to unleash against one of the most bipartisan leaders in Washington. We cannot let their scare tactics win.”

Continuing: “The only way we can stop their lies and enormous budgets are if we work together. Can I count on your support today to help me prepare for the next 20 months of this race? We need to PROTECT Alaska from becoming a political pawn of radical groups. I need you to stand with me.”

In a second fundraising email, she used the gender-free “they” pronoun to describe Tshibaka, “… a candidate who puts their own personal agenda first has formally announced they will run against Lisa in 2022.

“Alaska needs an independent Senator who is accountable to the PEOPLE OF ALASKA,” Murkowski wrote.

“Alaska needs a Senator like Lisa because Lisa FIGHTS for Alaskans and Americans. She is committed to bipartisanship, commonsense leadership, and practical solutions to everyday issues. Lisa is NOT afraid to stand up for what’s right.“

Murkowski had reportedly raised $131,000 in three months for her 2022 campaign, and she had over $1 million left from her last campaign.

By contrast, Tshibaka raised over $137,000 in two days, according to the New York Times.

When the FEC reports are due later this month, those two numbers will be compared, and both will likely be higher. Numbers like these are often a guarded secret, but the Tshibaka numbers showing up in the New York Times was an interesting strategy. The strength of fundraising is a bellwether of enthusiasm.

It’s certain Murkowski will have an enormous cash and fundraising advantage, and that Tshibaka, who announced for office just three days before the reporting deadline, will initially be the underdog going into the second quarter, which starts April 1.