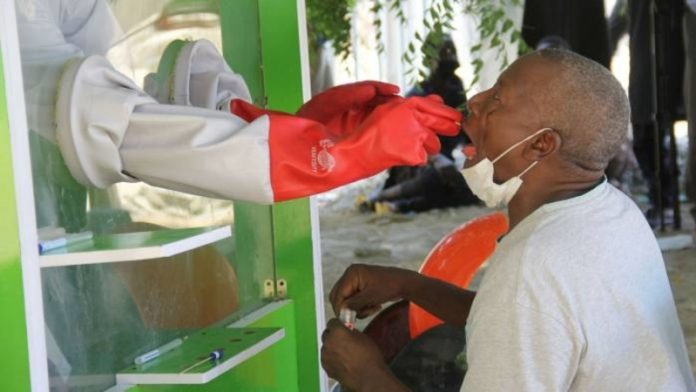 Africa’s top public health official said on Thursday, December 24, 2020, that a new strain of the coronavirus has been found in Nigeria, the continent’s most populous country.

As The Associated Press reports, John Nkengasong, head of the Africa Centers for Disease Control and Prevention, told reporters the new strain had been identified based on two or three genetic sequences, prompting an emergency meeting of officials this week.

“It’s a separate lineage from the U.K. and South Africa,” said Nkengasong. “Give us some time … it’s still very early.”

According to a research paper obtained by the AP, the new strain was found in samples from two patients collected in August and October in Nigeria’s Osun state. The news service noted that the COVID-19 variant differed from one found in the U.K.

“We haven’t observed such rapid rise of the lineage in Nigeria and do not have evidence to indicate that the P681H variant is contributing to increased transmission of the virus in Nigeria,” said the research paper. “However, the relative difference in the scale of genomic surveillance in Nigeria vs. the U.K. may imply a reduced power to detect such changes.”

Nkengasong said it was still not known whether the new coronavirus strain led to more severe symptoms, though he noted it transmits quicker and has a higher viral load.

The strain found in South Africa and the U.K. has caused several countries around the world to limit travel. Some lawmakers have expressed support for similar action to be taken in the U.S., with the White House reportedly considering requiring a negative COVID-19 test from U.K. travelers.

Africa has seen a new surge of cases, the AP notes, with Nkengasong stating Nigeria had seen a 52 percent increase in the past month, while cases in South Africa had increased by 40 percent.

According to the World Health Organization, Nigeria has so far confirmed nearly 80,000 cases and a little more than 1,200 deaths related to the coronavirus.