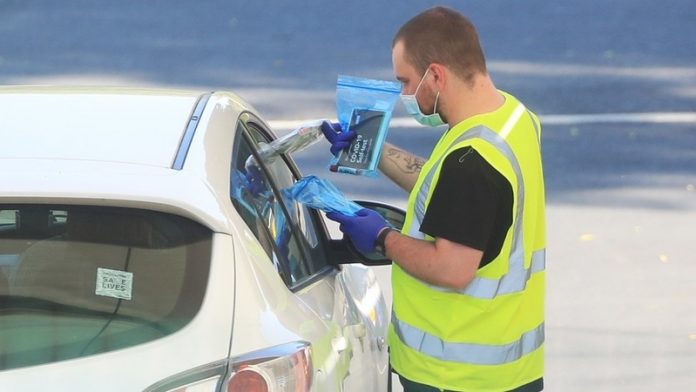 The government put aside plans to open fast-rotating coronavirus testing centers across England over Christmas amid concerns from public health experts about the accuracy of their results, the Guardian has learned.

Ministers had planned to convert a number of existing test sites into lateral flow test centers, which deliver results within 30 minutes, to help cope with an anticipated increase in demand.

However, the system was halted last week after public health directors raised concerns about the accuracy of the tests and the potential false assurance given to people who test negative. A government source said the planned deployment “turned out to be unnecessary.”

This development is a blow to the UK government’s £100 billion ‘Operation Moonshot’ mass testing plan, which aims to increase the number of tests carried out each day from 430,000 to 10 million by the start of the year. next.

It also raises questions about the plan to rapidly test truck drivers carrying goods across the Channel, which is one of the solutions offered by the UK government to end disruptions at UK ports.

The Guardian has learned that the Department of Health and Social Affairs (DHSC) has urged local health directors to convert their existing coronavirus testing sites to side-flow testing centers to help mitigate a possible increase prior to Christmas.

But the plans were shelved days after a phone call last week between the government and public health directors, who raised concerns about the accuracy.