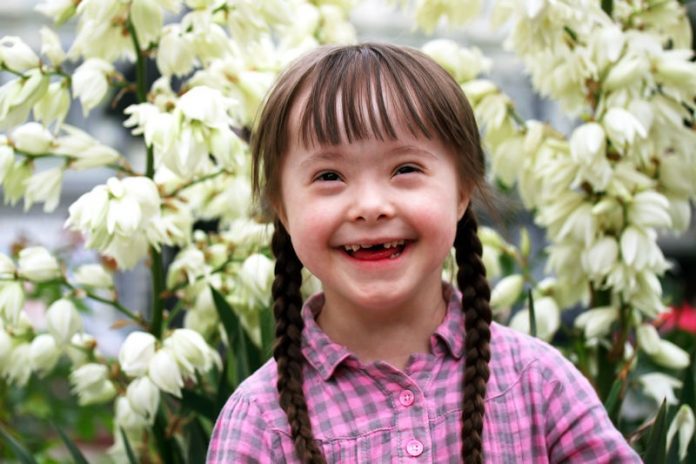 Researchers suspect background immune abnormalities, combined with extra copies of key genes in people with DS—who have three copies of chromosome 21 rather than the usual two—make them more vulnerable to severe COVID-19. “This is a vulnerable population that may need protective policies put in place,” says Julia Hippisley-Cox, a clinical epidemiologist at the University of Oxford’s medical school and senior author on the U.K. study.

On 2 December, the United Kingdom’s Joint Committee on Vaccination and Immunisation recommended prioritizing people with DS for speedy vaccination. But the more than 200,000 Americans with DS so far are not slated for early vaccination. Nor has the U.S. Centers for Disease Control and Prevention (CDC) included DS in its list of conditions it says boost the risk for severe COVID-19.

Hippisley-Cox and her colleagues analyzed a database of 8.26 million people in the United Kingdom for their paper, published in the Annals of Internal Medicine. The extraordinary risk they found emerged even after they corrected for many other factors including obesity, heart disease, diabetes, and living in a group home. Another recent preprint that includes findings from a large international survey found that people with DS hospitalized with COVID-19 who are 40 and older bear most of the increased risk, with a mortality of 51% versus 7% for those under 40. “At about the age of 40, things are getting really bad … [with] a mortality rate comparable with those older than 80 in the general population,” says first author Anke Huels, a biostatistician at the Rollins School of Public Health at Emory University.

Experts say the typical anatomy of people with trisomy 21, including large tongues, small jaws, and relatively large tonsils and adenoids, along with lax throat muscle tone, helps explain their higher rate of respiratory infections in general. But genetics may also make them particularly susceptible to SARS-CoV-2, the pandemic coronavirus. They have three copies of a gene on chromosome 21, TMPRSS2, which codes for an enzyme that the virus hijacks to help it enter human cells. The TMPRSS2 enzyme cleaves the spike protein that studs the virus’ surface, launching a series of steps that allows the virus to invade the host cell.

Cells from people with DS typically express 1.6 times more TMPRSS2 than those from people without the condition, according to an analysis posted as a preprint in June by Mara Dierssen, a systems biologist at the Centre for Genomic Regulation in Barcelona, Spain, and her postdoc Ilario De Toma. “Down syndrome individuals might be more susceptible to infection due to triplication of TMPRSS2,” Dierssen says.

Immune system abnormalities likely add additional risk, experts say. In people with DS, T cells don’t develop properly, and levels of circulating B cells are low. So are levels of a key protein that prevents immune cells from attacking the body’s own tissues. In contrast, levels of potent, inflammation-inducing signaling proteins are high, contributing to a state of chronic inflammation even in the absence of infection.

“The cells of people with Down syndrome are constantly fighting a viral infection that does not exist,” says Joaquin Espinosa, a genomicist at the University of Colorado’s Linda Crnic Institute for Down Syndrome. That reflects a revved-up immune system that may tip people with trisomy 21 into the hyperinflammatory state that typifies severe and fatal COVID-19, he suggests.

His group showed in 2016 that the interferon response, the first line of defense against viruses, is constantly activated in DS. Four genes for crucial interferon receptors are located on chromosome 21, likely leading to an “overdose” of receptors and thus of interferon activity, he says, noting there’s plenty of interferon available to bind to those receptors. In August, a team led by geneticist Jean-Laurent Casanova of Rockefeller University buttressed this hypothesis with a paper showing that certain white blood cells from DS patients display extra interferon receptors on their surfaces.

A powerful interferon response may be helpful early in the course of COVID-19 infection (Science, 25 September, p. 1550). But the elevated interferon activity seen in people with DS isn’t necessarily protective. Chronic background stimulation can make interferon receptors unresponsive to still more stimulation, says Louise Malle, an M.D./Ph.D. candidate at the Icahn School of Medicine at Mount Sinai. She was the lead author on yet another recent study in New York City hospitals that found that patients with DS were on average 10 years younger and had significantly more severe COVID-19 than age-matched controls. Interferon hyperactivity may feed the immune storm that can turn COVID-19 fatal 1 week or more after symptoms appear, adds Andre Strydom, an expert in the neurobiology of DS at King’s College London who was senior author on the reprint.

The picture is complicated and not fully understood, Strydom says. But, he adds, “What is clear … is that the immune differences in people with Down syndrome probably do put them at a disadvantage for fighting infection with COVID-19. And for the consequences.”

Public health experts in some countries agree. Within days of the Annals publication, the United Kingdom’s chief medical officers added people with DS to a list of “clinically extremely vulnerable” people who should be shielded from exposure.

The international Trisomy 21 Research Society has since issued a pointed statement strongly calling for people with DS, especially those 40 and over, to be prioritized for early vaccination. In the United States, however, a panel advising CDC on vaccine prioritization has not yet defined the medically vulnerable groups that may be included in a second wave of vaccinations. Despite the new studies, a CDC spokesperson said: “At this time, there is not enough evidence to determine if adults with Down syndrome are at increased risk of severe illness from COVID-19.” She added that the agency’s list of those at risk for severe COVID-19 “is not exhaustive and … may not include every condition,” and noted that CDC can update its list as the science evolves.

Because the prognosis for older COVID-19 patients with DS can be so poor, they should have high priority for monoclonal antibody treatments, which are in short supply says Beau Ances, a neurologist at Washington University in St. Louis who takes care of patients with DS. “A 40-year-old with Down syndrome who develops COVID-19 … that’s the kind of individual that physicians should be thinking about for early antibody treatment,” he says.

Physicians should also consider a drug called baricitinib, Espinosa says, because it blocks a signaling pathway essential to the interferon response. In a study described last month in Cell Reports, his group showed it prevented otherwise-lethal immune hypersensitivity in mice with trisomy 21. That suggests baricitinib could help tame an out-of-control immune response in DS patients with COVID-19, he says. The Food and Drug Administration last month authorized baricitinib, in combination with remdesivir, for emergency use in hospitalized, severely ill COVID-19 patients.

Amanda Ross managed to survive her infection. After 6 days, she was able to come off the ventilator, and 6 days after that she was discharged. She’s now back in her group home. “I can’t begin to tell you how grateful we are to have her still,” Catherine Ross says. But she still worries for her sister and others with DS in the group home. For all of them, she says, the increased severity of COVID-19 “is all the more reason why they need to be considered for vaccination right behind the frontline workers.”