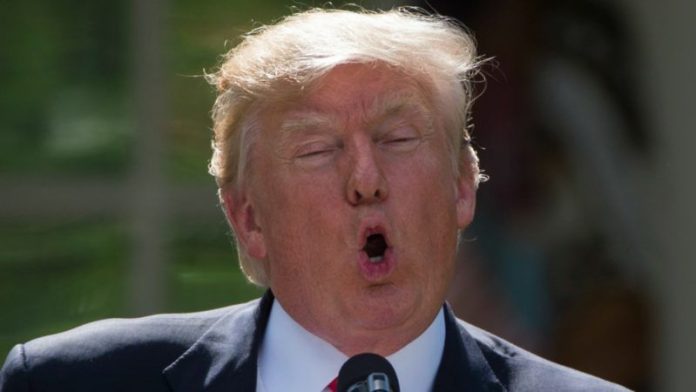 Former President Donald Trump lashed out against Haitian immigrants looking to enter the US, saying that hundreds of thousands of them were “flowing in” and “probably have AIDS,” echoing disparaging remarks he made toward Haiti during his tenure as president.

Speaking to Fox News host Sean Hannity on Thursday evening, Trump said that allowing Haitians into the US is “like a death wish for our country.”

He was likely referring to the thousands of Haitian refugees and migrants seeking asylum at the US-Mexico border in Del Rio, Texas. Many of them fled Haiti after two deadly earthquakes rocked their country and after Haitian President, Jovenel Moïse was assassinated in July.

During his appearance on Fox News, Trump repeatedly claimed that Haitians trying to enter the US are infected with AIDS. 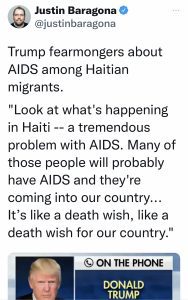 Contrary to his assertions, the prevalence of HIV among Haitian adults aged 15 to 49 is around 1.9%, according to data from the United Nations. While that’s higher than the global rate of 0.7%, reports say Haiti’s HIV prevalence rate has declined significantly in recent decades.

In the 1980s, Haitians were stigmatized as a high risk group for AIDS who brought the disease into the US, a false notion that wiped out Haiti’s tourism industry and perpetuated racism.

Trump has made such claims before. In 2017, he reportedly said at a White House meeting that 15,000 Haitian immigrants who were given US visas “all have AIDS,” according to The New York Times. The White House denied that he used those words.

Later in 2018, Trump described Haiti as a “shithole” country when discussing the protection of immigrants, reported The Washington Post. This time, the White House didn’t deny that he made the remarks, and Trump later tweeted that he used “tough” language at the meeting.