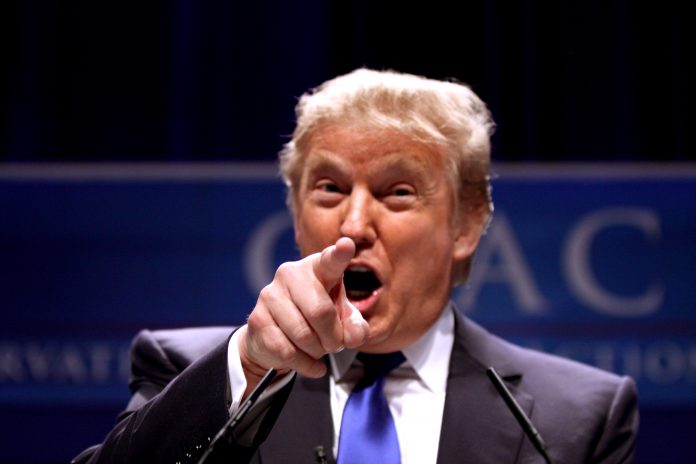 Many of Donald Trump’s most dogmatic supporters see a mass protest in Washington, D.C., on Jan. 6—just two weeks shy of Inauguration Day 2021—as their last chance to disrupt President-elect Joe Biden’s win. But for the president himself, it’s just another day to complain.

Two people familiar with the matter say that in recent days, Trump has told advisers and close associates that he wants to keep fighting in court past January 6, 2021 if members of Congress, as expected, end up certifying the electoral college results.

“The way he sees it is: Why should I ever let this go?… How would that benefit me?” said one of the sources, who’s spoken to Trump at length about the post-election activities to nullify his Democratic opponent’s decisive victory.

The president’s exact plans for the Jan. 6 events remain unclear, and it has been common for him to lend his support to these rallies or protests via enthusiastic-sounding tweets, only to then stop short of doing much else. Since last week, Trump has asked certain aides and allies what they think would be good ideas for him to mark the occasion, such as a speech, a flyover, or a recorded video, the sources said.

The day should not lack for drama. Several House Republicans, as well as Sen. Josh Hawley (R-MO), have signed on to a quixotic, destined-to-fail effort to object to the certification of the electoral college’s results. Wednesday’s rally-goers want to pressure more Republicans to join the effort—or even, quite literally, block Democrats from reaching Congress.

“Must block Dem and [Republicans in Name Only],” one planning graphic posted on pro-Trump forum “The Donald” read, showing a map of key streets around Congress that protesters want to obstruct. “There’s 535 politicians and ~3500 guards.”

On the day itself, protesters plan to meet in the northeast corner of the Capitol complex, where they’ll hear from a list of speakers that includes Rep. Paul Gosar (R-AZ), Trump adviser Roger Stone, and Rep-elect Marjorie Taylor Greene (R-GA), who has supported the QAnon conspiracy theory. Trump has promoted the protest on Twitter, urging his supporters to attend.

The White House, the president’s legal team, and Trump campaign spokespeople did not provide comment for this story. But among Trump’s most devoted followers the idea that he would continue fighting on, even after the 6th, is a no-brainer.

“You can’t give up,” MyPillow CEO Mike Lindell, a Trump ally who has funded and spoken at several efforts to challenge the 2020 election, told The Daily Beast. “If these people [around the president] don’t end up standing up, they are just as bad as the people who tried to commit the crime.”

For Lindell, the push to overturn the election results is not just a matter of politics but of religion as well.

“God chose Donald Trump for eight years, not four,” he said, adding that “even if Biden is inaugurated, there’s no statute of limitations [on election theft]. Yes, I will keep investigating this, [even if he’s sworn in], and I’m not going to stop trying to get this out there to the American people.”

While others have not spoken in such theological tones, they have shown no less vigor in encouraging Trump’s challenge of the results. In an appearance on an online talk show, former Trump national security adviser Michael Flynn predicted that millions of people would show up on Jan. 6. That prediction seems destined to badly overestimate the actual number of attendees, after an earlier November rally in Washington protesting Trump’s election defeat drew, at best, tens of thousands of people to Washington.

The Jan. 6 rally comes after two earlier Washington protests in November and December failed to save the election for Trump or stop his campaign’s a nearly perfect record of courtroom defeats. But the protesters’ mood ahead of the Jan. 6 protest has turned even more desperate.

Trump diehards from across the country have organized their travel to Washington on “The Donald” forum. One of the hottest topics on the site is how protesters can bring guns to D.C., which would count as a local crime in nearly all circumstances under Washington’s strict gun laws. Others have talked about breaking into federal buildings or committing violence against law enforcement officers who try to stop them from storming Congress.

“I’m thinking it will be a literal war on that day,” one popular comment posted last Wednesday read. “Where we’ll storm offices and physically remove and even kill all the D.C. traitors and reclaim the country.”