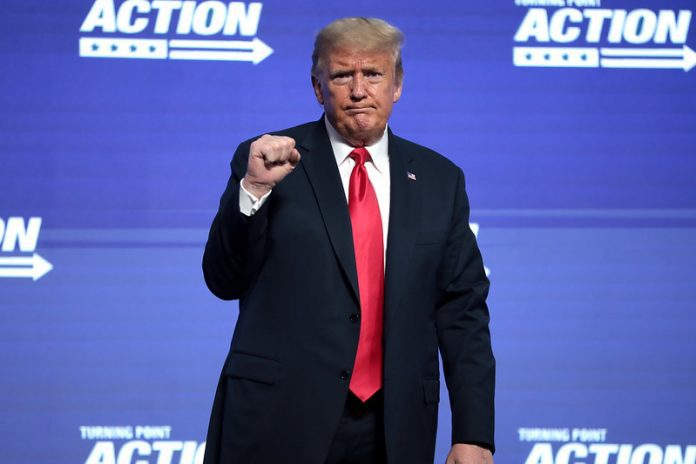 Donald Trump on Wednesday, August 5, 2020, told “Fox & Friends” that the novel coronavirus “will go away, like things go away.”

As Democratic political operative Daniel Wessel notes on Twitter, this is not the first time the president has made bold declarations about the virus disappearing.

Back in February, Trump said the virus “miraculously goes away,” then said in March that “it’ll go away,” and then in April declared that “it’s going away.”

All told the president has declared that the virus will “go away” or “disappear” in each of the last seven months, during which confirmed COVID-19 infections have soared to more than 4.7 million and COVID-19 deaths in the United States have surpassed 156,000.

TRUMP TODAY: “This thing’s going away. It will go away like things go away.”

MAY: “This virus is going to disappear.”

FEBRUARY: “It miraculously goes away.”

Raw Story: Trump has now predicted COVID will ‘go away’ in each of the last seven months