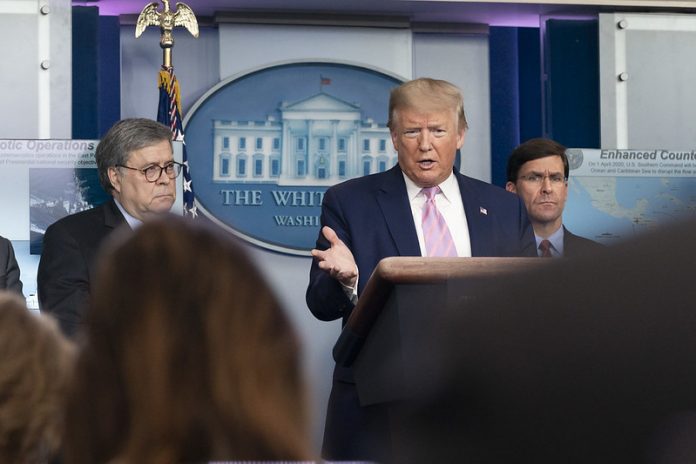 Donald Trump on Tuesday boasted about the television ratings that he’s been getting for his daily coronavirus press briefings at a time when deaths from the disease in the United States have surged past 13,000.

The president began his tweet by complaining that Democrats have been calling on networks to stop airing Trump’s press conferences live because of the multitude of documented lies and falsehoods he spouts.

“The Radical Left Democrats have gone absolutely crazy that I am doing daily Presidential News Conferences,” Trump wrote. “They actually want me to STOP! They used to complain that I am not doing enough of them, now they complain that I ‘shouldn’t be allowed to do them.’”

Trump then said that he would not stop doing them because the ratings were so great.

“They tried to shame the Fake News Media into not covering them, but that effort failed because the ratings are through the roof according to, of all sources, the Failing New York Times, “Monday Night Football, Bachelor Finale” type numbers (& sadly, they get it $FREE),” he wrote. “Trump Derangement Syndrome!”

RawStory: Trump brags about ‘through the roof’ ratings for his press conferences as COVID-19 deaths surge past 13,000

JAMA Study: People Who Got The Moderna Vaccine Say They Have More Side Effects