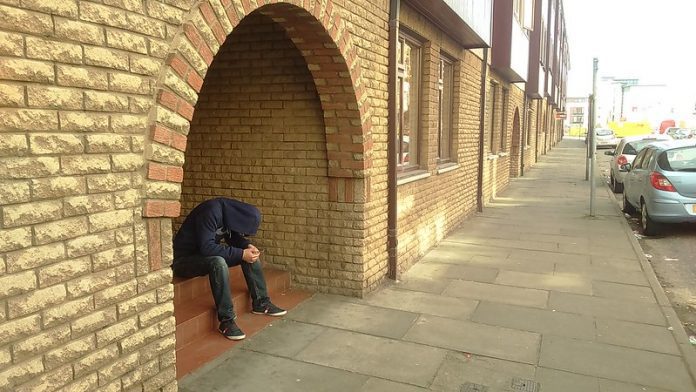 Numbers released on January 30, 2020, from the Centers for Disease Control and Prevention show 48,344 people died by suicide in 2018, up from 47,173 the year before. While the increase was small, just two-tenths of a percent, the rise in deaths over time has been steady. Since 1999, the suicide rate has climbed 35%.

Death rates in 2018 increased for only two of the 10 leading causes of death: suicide and influenza/pneumonia.

“I was 100% unsurprised,” said April Foreman, a clinician and board member at the American Association of Suicidology, noting systems of science and care have remained static. “That’s not acceptable. We need to start treating these deaths seriously and respecting these survivors by upping our game in public health.”

Suicide is the nation’s 10th-leading cause of death, with 14.2 deaths per 100,000 people, though that rate alone belies the scope of the problem. While thousands of people die by suicide each year, millions think about it. In 2017, 10.6 million American adults seriously thought about suicide, 3.2 million made a plan, and 1.4 million attempted it, according to the CDC.

Despite more awareness and less stigma around suicide, theories about the intransigent death rate abound.

Some suspect a lack of funding is to blame. Money to research and combat suicide continues to lag behind other leading killers. The National Institutes of Health, the largest public funder of biomedical research in the world, spent $103 million on suicide and suicide prevention in 2017. It spent $689 million that year studying breast cancer, which killed only a few thousand more people. In 2018, spending on suicide increased to $147 million.

It’s impossible to solve a problem, suicide experts say, when it is not well understood.

“We’ve tried a lot of things, including telling everybody to just magically know the signs and care more. I don’t think that’s going to work,” Foreman said. “We haven’t tried … spending at the scale of the problem, and since we have tried it with other diseases and it’s worked, there’s no reason to not try it.”

Others say there’s a reticence in the suicide prevention community to admit that some of the most promising interventions may not work on a broad scale and that suicide’s intractability is a sign it’s time to go back to the drawing board.

“It’s demonstrating that everything we’ve been doing, all the repeating of the same things over and over, it’s not working,” said Dese’Rae L. Stage, a suicide survivor and founder of Live Through This, a project that amplifies the voices of people who’ve survived suicide attempts. “If our whole goal is to help people, then we need to help people, and that requires a little bit of critical self-reflection on ourselves and on the field.”

Some experts say reducing the suicide rate won’t occur without examining the environments people live in or larger societal ills, such as economic insecurity and discrimination that may drive people to despair. Survivors agree.

“It’s not like someone is just broken,” Stage said. “There are all these things that happen in their life that break them. Abuse, poverty, homophobia, marginalization. Are we too focused on the individual and not enough on the systemic causes of suicide?”

For example, a study published this month in the Journal of Epidemiology and Community Health found that increasing the minimum wage by $1 could reduce the suicide rate among workers with a high school degree or less, especially when unemployment rates are higher. Being unemployed or living in poverty can increase the risk of suicide, according to the CDC.

This month, the American Foundation for Suicide Prevention announced it had moved into “Phase II of Project 2025,” which aims to reduce the suicide rate by 20% over 10 years. The plan is focused on four areas: firearms, health care systems, emergency departments, and corrections systems.

If successful, it would reduce the suicide rate to its lowest level in 30 years.

“If you look at the history of suicide prevention, you will see several similar movements in the past where they say, ‘We want to reduce this rate by so much by this time,” Foreman said. “I think that’s the right goal, but I don’t see us absolutely insisting on the changes that we would need to get there.”

USA Today: More and more Americans are dying by suicide. What are we missing?