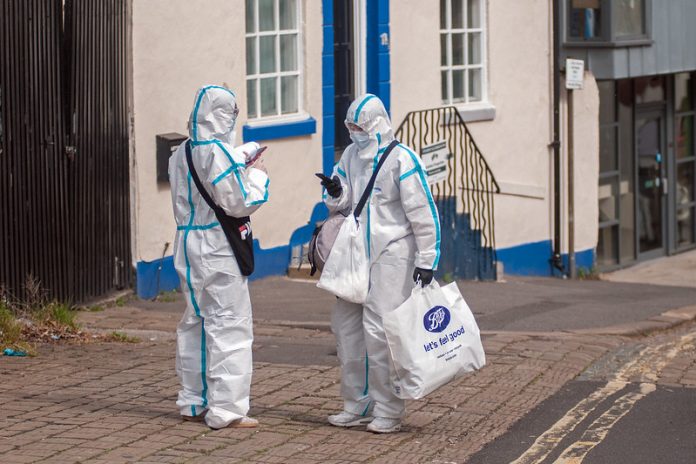 The United States is turning to South Korea — a country with an aggressive testing regime that President Donald Trump previously downplayed — to bring approximately 750,000 more coronavirus tests to the US, according to the Federal Emergency Management Agency.

FEMA, an agency within the US Department of Homeland Security, awarded contracts to manufacturers in South Korea last week to provide approximately 750,000 tests, according to a FEMA spokesperson and federal records.

Over the weekend, the first shipment of 150,000 tests was delivered to the US by SolGent. The next shipment of 600,000 tests will arrive by April 15. They are being provided by two South Korea-based companies, SD Biosensor and Osang Healthcare.

The intent, the FEMA spokesperson said, is to move the tests to a cold storage facility in Louisville, Kentucky, for distribution. Urgent needs will be given priority, according to a FEMA advisory obtained by CNN.

The Trump administration has waffled on its praise of South Korea’s testing capabilities.
Trump acknowledged on Twitter in late March that South Korea has been very successful regarding testing. By April, Trump claimed that

US tests are faster and more accurate than South Korea’s. But facing a testing shortage and governors desperate to bolster their testing capability, the US has had to look abroad.

FEMA will pay $5.2 million to SD Biosensor for its test kits, and $3 million to Osang, according to federal contracting records.

Another company, the Virginia-based medical equipment distributor YTS Global Inc., will earn another $3.2 million to bring COVID-19 test kids to Maryland, according to federal contracting records. The additional test kits flown in from overseas “will protect citizens of the United States from potential biological harm,” FEMA noted in its purchasing records with the companies.

Experts attribute South Korea’s recent decline in new coronavirus cases to its early testing efforts, a successful example of what is now commonly referred to as “flattening the curve.”

Earlier on Monday, an official with South Korea’s Ministry of Foreign Affairs told CNN the country will send a shipment of testing kits to the US.

When asked if reports that the US had ordered 600,000 kits, Kang said, “Yes, we’re in fact, I think these are FDA approved, preliminary approval for these, quickly approved as a result of a conversation between my President and President Trump last month. I think the contracts have been signed and they should be ready for shipment anytime soon.”

Over recent weeks, the Trump administration indicated it’d be pulling back federal support of testing sites.

The so-called Community-Based Testing Sites program was intended to jumpstart initial testing capabilities to critical areas across the US, according to the agency. But given FDA approval for individuals to self-administer nasal swab tests at sites, the demand for personal protective equipment and trained health care providers will be reduced, a FEMA spokesperson said in a statement.

The move received mixed reactions. While some localities may need federal support, others have already moved toward managing their own sites.

The administration, though, has since underscored that the federal government would continue to help states as needed. “We want to assure people and communities all across the country that we’ll continue to partner with states to the extent that they prefer us to be a part of it,” Vice President Mike Pence told reporters last week.

CNN: US to receive 750,000 coronavirus tests from South Korea