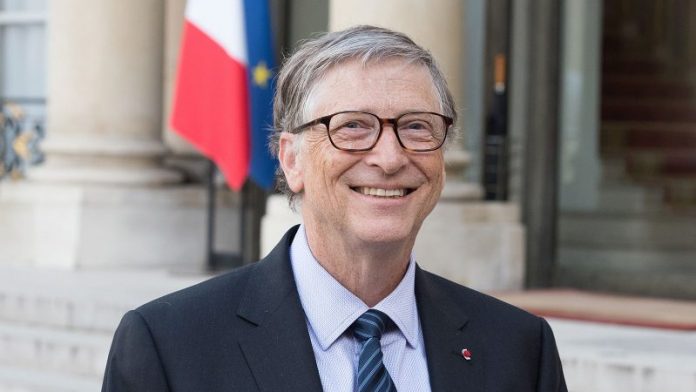 Bill Gates said in an interview broadcast Thursday, February 18, 2021, that social media companies should eventually allow former President Trump back on their platforms after he was banned last month following the deadly riot at the U.S. Capitol.

Trump was banned from Twitter last month following the siege of the Capitol on Jan. 6 while Congress was finalizing President Biden’s victory. Twitter at the time said the former president’s tweets posed “the risk of further incitement of violence.”

Facebook also temporarily suspended Trump from the social media platform last month following the riot. Facebook CEO Mark Zuckerberg has left the decision of whether to let Trump back on the platform to the social media site’s independent Oversight Board.

Gates also told CNBC that “it’s weird when you’re you know, saying that the election was stolen without any facts there and how corrosive that is.”

Trump repeatedly claimed on social media without evidence that there was widespread fraud in the 2020 presidential election.

His claims and his speech to supporters before the riot led to him being impeached for the second time by the House. He was acquitted by the Senate last weekend.

Gates on Thursday predicted that social media giants will “find a way to let him back on,” although his content “may be labeled as false in a lot of cases.”

Twitter, Facebook, and other platforms repeatedly added labels to Trump’s posts in the wake of the election marking them as misleading. Several posts were also permanently removed or blocked by the sites.

But the Microsoft founder on Thursday also forecasted that “people’s interest in what he says may go down quite a bit” in the coming years while Trump is not in the White House.

Trump told reporters last month, before Biden’s inauguration, that the tech companies are being “divisive” and said it is “very, very bad for our country.”