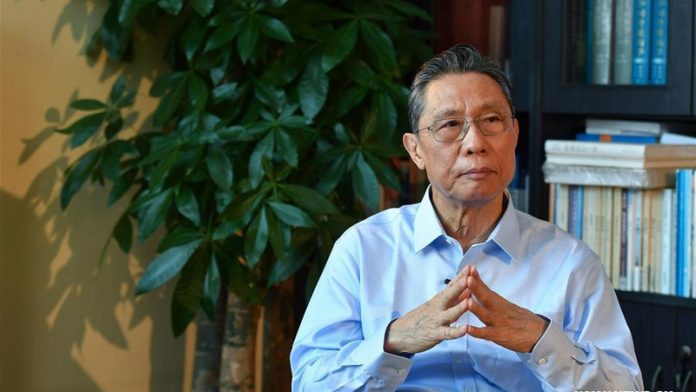 The coronavirus may not have originated at a Wuhan wet market last year but 1,000 miles away in 2012 — deep in a Chinese mineshaft where workers came down with a mysterious, pneumonia-like illness after being exposed to bats.

Virologist Jonathan Latham and molecular biologist Allison Wilson, both of the non-profit Bioscience Resource Project in Ithaca, arrived at their finding after translating a 66-page master’s thesis from the Chinese medical doctor who treated the miners and sent their tissue samples to the Wuhan Institute of Virology for testing.

“The evidence it contains has led us to reconsider everything we thought we knew about the origins of the COVID-19 pandemic,” Latham and Wilson wrote in an article published July 15 on their website, “Independent Science News.”

Latham told The Post that the coronavirus “almost certainly escaped” from the Wuhan lab.

In his thesis, the physician Li Xu, who treated the miners, describes how the patients had a high fever, a dry cough, sore limbs, and, in some cases, headaches — all symptoms now associated with COVID-19, said Latham and Wilson.

How the miners were treated — for example, with ventilation and a variety of drugs including steroids, blood thinners, and antibiotics — also resembles how COVID-19 patients are being treated worldwide, they said.

After conducting multiple tests for hepatitis, dengue fever, and even HIV, the doctor consulted with various specialists throughout China, including virologist Zhong Nanshan, an international hero who managed the SARS outbreak in 2003 and is considered the country’s greatest scientist.

“The remote meeting with Zhong Nanshan is significant,” Latham and Wilson said. “It implies that the illnesses of the six miners were of high concern and, second, that a SARS-like coronavirus was considered a likely cause.”

The doctor also sent sample tissues from the miners to the Wuhan lab, a focal point of coronavirus research in China. There, scientists found the source of infection was a SARS-like coronavirus from a Chinese rufous horseshoe bat, according to the thesis.

Latham and Wilson believe the virus — once inside the miners — “evolved” into SARS CoV-2, “an unusually pathogenic coronavirus highly adapted to humans,” and the samples somehow escaped from the lab last year, launching what has morphed into the coronavirus pandemic.

The New York scientists labeled the hypothesis of their COVID-19 origin “the Mojiang Miners Passage”; “passaging” is a virologic term for adapting viruses to new species, they said.

Although scientists at the Wuhan lab had collected coronavirus samples from bats at the same mine, they missed the 2012 connection, Latham told The Post.

In fact, Shi Zhengli, a virologist at the Wuhan lab who is known as “the batwoman” for her extensive research into bat-derived coronaviruses, told Scientific American in June that the miners had died from a fungal infection, “although it would have been only a matter of time before they caught the coronaviruses if the mine had not been promptly shut,” the magazine reported.

“The mine shaft stunk like hell,” Shi told the magazine. “Bat guano, covered in fungus, littered the cave.”

Reaction to the Latham-Wilson finding has been gradually gaining positive reviews from the scientific community in the US. Renowned American geneticist and molecular engineer George Church shared their work on Twitter in July. The tweet garnered 304 retweets and 403 likes. Stuart Newman, a leading expert on cell biology and anatomy at New York Medical College in Westchester called it “the best-sourced explanation yet of the origins of #SARSCoV2” in a July 19 tweet about the report.

“We feel that it’s being circulated underground in the scientific community,” Latham said. “People think it has merit, but they are reluctant to go public because the coronavirus has become very politicized.”

Chinese officials claim the coronavirus, which has infected more than 19 million worldwide and killed nearly 800,000, originated in Wuhan in December when it crossed the species barrier from animals on sale at the Huanan seafood market.

But many scientists still question the infection’s origins, especially after the market was cleaned up and shut down by government officials almost as soon as the pandemic began to spread.

Breaking News Barbara Sobel - August 3, 2021
0
The Pentagonn was on lockdown Tuesday morning after multiple gunshots were fired near a platform by the facility’s Metro station. Multiple people needed assistance, the...

Coronavirus Barbara Sobel - August 3, 2021
0
White-tailed deer, a species found in every U.S. state except Alaska, appear to be contracting the coronavirus in the wild, according to the first...

40% Of Wild White-Tailed Deer Found With Covid Antibodies In Four...