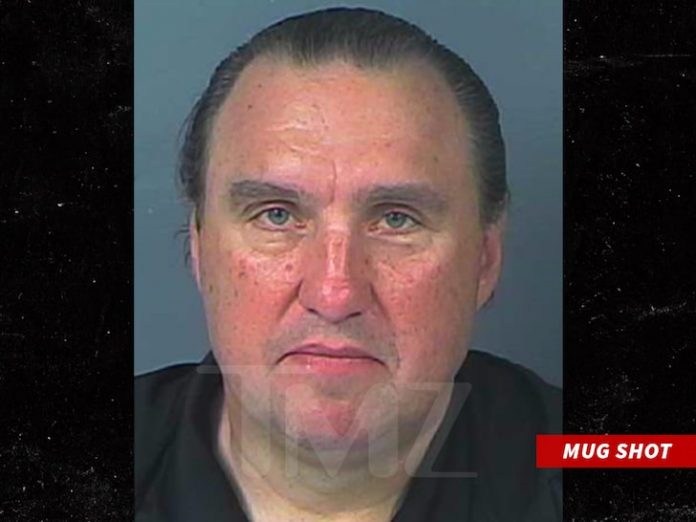 A controversial Florida pastor who refused to stop holding packed church services, in violation of coronavirus restrictions, was arrested Monday by a local sheriff who said he was putting his followers’ lives at risk.

Pastor Rodney Howard-Browne was booked on misdemeanor charges of unlawful assembly and violation of public health rules after flouting social distancing orders at The River at Tampa Bay church.

Howard-Browne—an ally of President Donald Trump—has been an outspoken opponent of social distancing requirements, claiming his church has machines that can stop the coronavirus and vowing to personally cure the state of Florida himself.

“His reckless disregard for human life put hundreds of people in his congregation at risk, and thousands of residents who may interact with them this week, in danger,” Hillsborough County Sheriff Chad Chronister said at the press conference.

Howard-Browne did not respond to an immediate request for comment. He turned himself in to a neighboring sheriff’s office, was booked and released within 40 minutes, according to jail records.

Chronister’s office warned Howard-Browne that his busy services violated a county order against gatherings of more than 10 people. Deputies for Chronister, a Republican, set up an electronic sign outside the church on Sunday urging parishioners to stay six feet apart from each other, the Tampa Bay Times reported.

But Howard-Browne went ahead with two services, even offering to bus people to the church.

At services on March 15, Howard-Browne encouraged his parishioners to shake hands to show they weren’t afraid of contracting the coronavirus and vowed his church “will never close.”

“This has to be the safest place,” said Howard-Browne, who was in a group of evangelical leaders who laid hands on Donald Trump in a White House ceremony in 2017.

A statement on the church website from lawyer KrisAnne Hall—a radio host labeled an anti-government activist by the Southern Poverty Law Center—said the restrictions on churches are a violation of the First Amendment’s guarantee of freedom of religion.

And in a March 18 post on its Facebook page, the church said it was providing an “essential service” that made it exempt from the coronavirus orders.

“In a time of crisis, people are fearful and in need of comfort and community, more than ever before. Even people who do not attend church regularly, or perhaps never go to church, need to know that there is somewhere for them to go when they need help.”

Chronister said the pastor’s stance was particularly bewildering because he could have just live-streamed the service to his 4,000 members.

“I believe there’s nothing more important than faith during a time like this,” he said. “And as a sheriff’s office, we would never impede someone’s ability to lean on their religious beliefs as a means of comfort. But practicing those beliefs has to be done safely.”

He said the sheriff’s office spoke to attorneys for the church twice to explain they were violating government orders. He said officers tried to meet in person with Howard-Browne over the weekend but he refused.

State Attorney Andrew Warren said the arrest warrant should serve as a warning to others who refuse to follow the distancing rules.

“Where people are refusing to obey law enforcement in this regard you risk being arrested and prosecuted,” he said.

New R.1 Covid Variant That Originated In Japan Spreads Quickly At Kentucky Nursing Home And May Be Vaccine Resistant

Coronavirus Has Killed As Many Americans As The 1918-19 Flu