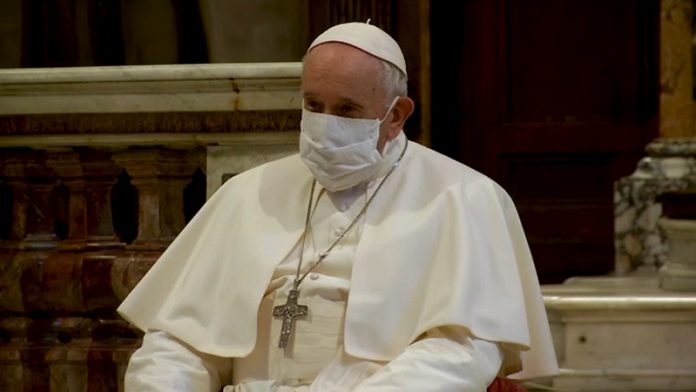 Pope Francis on Friday called on nations to share coronavirus vaccines and spoke of the economic and social toll the pandemic was taking, as Christians worldwide celebrated a Christmas Day like no other.

“May the Son of God renew in political and government leaders a spirit of international cooperation, starting with health care, so that all will be ensured access to vaccines and treatment,” he said in a scaled-back Christmas Day celebration.

Francis called for global unity amid the pandemic, which he said had worsened “grave economic and social imbalances.” He stressed the need for international cooperation and appeared to criticize so-called vaccine nationalism, where poorer nations could receive the vaccine last.

“In the face of a challenge that knows no borders, we cannot erect walls. All of us are in the same boat,” he said during his traditional “Urbi et Orbi” address delivered virtually from a lectern inside the Vatican instead of from the balcony of St. Peter’s Basilica in Rome in front of tens of thousands.

The hunt for a vaccine has been caught up in a tide of nationalism that was already sweeping the world before the virus hit. The United Nations fears it may end up impacting the distribution of a vaccine to billions of people in developing countries, with wealthier nations hoarding the shots for domestic use.

Francis also referred in his Friday address to the sick, unemployed, and those who had faced domestic violence during months of lockdown.

Hours earlier, he led a small and somber candlelit Midnight Mass in St. Peter’s Basilica, attended by fewer than 100 people, plus a choir and a handful of cardinals — many wearing masks.

Italy, which has the highest coronavirus death toll in Europe, is under a nationwide lockdown. Church bells still rang out but the Midnight Mass began two hours earlier, so those attending could return home by a 10 p.m. curfew.

Surrounded by rows of red poinsettia plants, Francis, 84-years-old, returned to a common theme during the service and urged the faithful to help the poor and marginalized, underscoring that Jesus was born an outcast.

Similar subdued scenes were repeated across the world as festive family gatherings and packed prayers were toned down or canceled.

In London’s historic Westminster Cathedral, Catholic Cardinal Vincent Nichols said the pandemic had shaken “our comfortable assumptions” this year, with many deprived of hugs and handshakes, loneliness rife, and others hospitalized by the virus. Yet, “light penetrates this present darkness,” he told congregants. 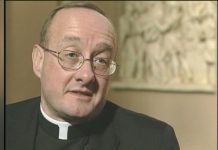 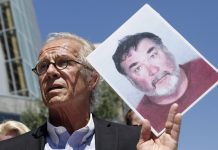 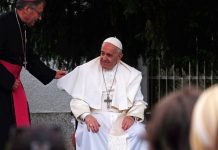 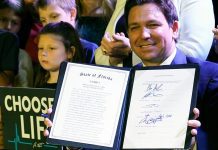 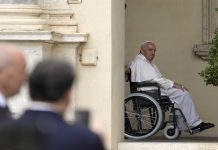