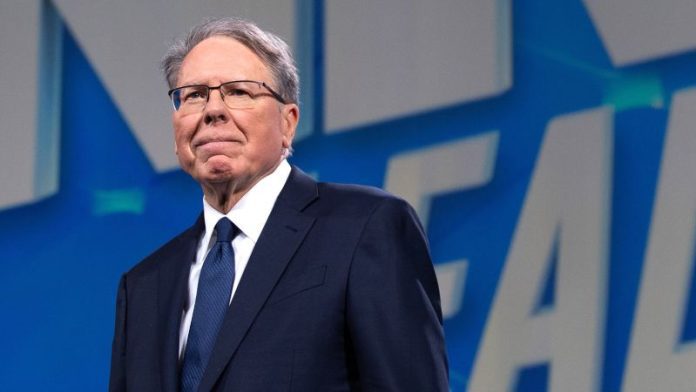 After 28 children and teachers died in the 2012 Sandy Hook shooting, National Rifle Association CEO Wayne LaPierre made himself scarce. Under questioning in 2020 by New York prosecutors looking into allegations of self-dealing by NRA officials, LaPierre claimed his life was in danger at the time, so he holed up in the Bahamas on a private yacht owned by an NRA contractor.

LaPierre insisted under oath that he came under “Presidential threat without Presidential security,” and that the yacht “was offered” to him. “Thank God I’m safe, nobody can get me here,” LaPierre recalled thinking.

But according to interviews and internal documents reviewed by The Trace, LaPierre was actually in the Bahamas for something a lot less disconcerting: his niece’s wedding. “If LaPierre knowingly gave false testimony, it would be added ammunition for the AG’s effort to dissolve the NRA,” NYU law professor Steven Gillers said.

A lawyer for the NRA said LaPierre had been truthful in his testimony and “[a]ny suggestion to the contrary is reckless and misleading.

Read It At The Trace