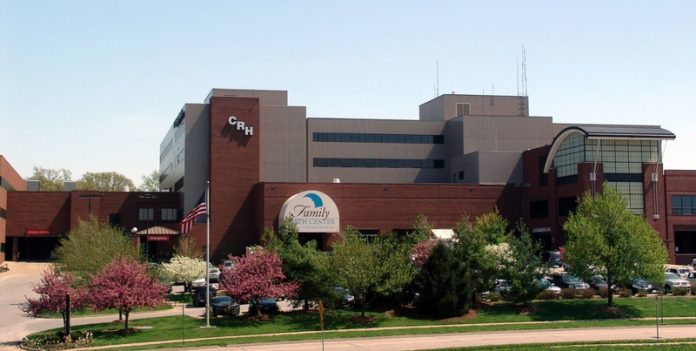 Doctors in Missouri said a 3-year-old boy experienced a stroke after he tested positive for Covid-19, in what they called a possible example of the neurological effects associated with the coronavirus pandemic.

The toddler, Colt Parris, was recuperating on Thursday, December 24, 2020, at the University of Missouri’s Women’s and Children’s Hospital in Columbia, Missouri, after surgery to address a brain clot, NBC affiliate KSN-TV reported. He is expected to make a full recovery, doctors told the outlet.

Dr. Camilo Gomez, a neurologist at the hospital, said that doctors were examining the extent of the link between Covid-19 and neurological problems.

“The Covid diagnosis is important because we think the reason why (patients) with Covid, including the child, have strokes and a variety of other problems is that they have the propensity to form clots,” Gomez told the station.

Researchers since the start of the pandemic have looked at a possible association between the coronavirus and blood clots, including those affecting a patient’s brain.

A study of 214 patients early this year in Wuhan, China, found more than a third had neurological manifestations of the disease, including loss of consciousness and stroke. U.S. doctors have also documented and studied blood clots and strokes among Covid-19 patients.

Colt tested positive for Covid-19 antibodies and hours later lost the ability to move his right arm and leg, his mother, Sara Parris, told KSN-TV. She said she noticed the difference as he grabbed at a stuffed animal.

“I went to hand him his Boo and I noticed that he didn’t use his dominant arm to grab it,” she said. “He reached over to grab his bunny, and then again, I knew something else wasn’t right.”

Dr. Paul Carney, a pediatric neurologist, said the boy had a stroke that cut off the blood supply to the left side of his brain.

“There’s really no other case like this,” Carney said told the station. “If this had been anybody over the age of 40 or 60, they would have probably had a very different outcome.”

Colt’s parents told KSN-TV that they hoped his experience would increase awareness around Covid-19.

“Masks and stuff like that, people need to wear them,” said his father, Tim Parris. “It’s important. If you don’t want your children going through this, people need to be more aware.”