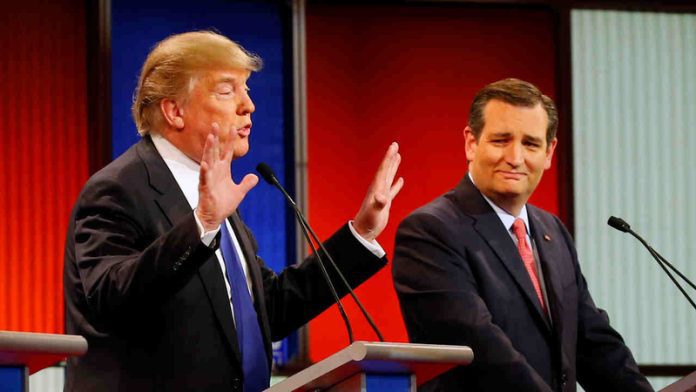 On Monday, December 13, 2021, the former White House chief of staff is set to become the third person held in contempt of Congress by the House select committee investigating the January 6 insurrection after refusing to appear for a deposition last week.

A 51-page report laying out the case for a contempt referral against Meadows, who represented North Carolina’s 11th District from 2013 until he resigned to become ex-president Donald Trump’s fourth (and final) chief of staff, alleges that he was deeply involved in machinations to overturn Joe Biden’s 2020 election victory.

Meadows reportedly spent the days between 7 November 2020 – when most news organizations called the presidential race for Biden – and the day Congress was to meet to certify Biden’s victory, pressuring Department of Justice officials to investigate baseless and absurd theories about how international malign actors might have manipulated voting machines to swing the 2020 election against then-president Donald Trump, and exchanging phone calls and emails with election conspiracy theorists, including the author of a now-infamous PowerPoint presentation detailing how the national guard might be used to seize ballots in swing states.

The ex-congressman was also reportedly one of the senior White House officials who believed then-vice president Mike Pence would be justified in hijacking the quadrennial joint session of Congress held to count electoral votes on 6 January in order to install Trump for a second term against the wishes of American voters.

According to multiple sources familiar with his behaviour during his nearly four terms as a member of the House of Representatives, Meadows’ actions in the days and weeks prior to the worst attack on the Capitol since the 1814 Burning of Washington came as no surprise because, they said, he had also tried to subvert the will of Tarheel State voters four years earlier.

The sources, all of whom spoke to The Independent on condition of anonymity for fear of retaliation from Meadows, Trump or their allies, are veterans of North Carolina politics who have been allies with Meadows in the past.

Each of them described their former colleague as one who had demonstrated a lack of respect for the will of the voters when election outcomes clashed with his own ambitions, as well as someone for whom hard and fast rules became mere suggestions when they got in the way of his path to power.

Each also revealed to The Independent an attempt by Meadows to overturn the results of North Carolina’s 2016 presidential primary – an election won by Trump – by disregarding the state GOP’s rules in order to send a slate of delegates aligned with a losing candidate, Texas Senator Ted Cruz, to the 2016 Republican National Convention.

According to one veteran North Carolina operative, Meadows had initially pledged to remain neutral whil Trump, Cruz, and the 15 other major candidates battled it out during the lengthy 2016 primary process. But he reversed himself shortly before the February 20th South Carolina primary, when he introduced Cruz at a campaign stop in Greenville, South Carolina.

“I don’t know what he’d been promised, but I know Cruz promised him something,” they said.

Cruz finished third in the Palmetto State contest behind Trump and Florida senator Marco Rubio, but Meadows continued to carry a torch for Cruz, even after Trump defeated him in the North Carolina primary by a margin of 40.23 per cent to Cruz’s 35.76 per cent of votes cast.

The operative, who described himself as having been “extremely close” to Meadows and familiar with his thinking, said the North Carolinian’s affinity for Cruz was such that he continued working to subvert his own state’s voters’ will long after it became clear that Trump had won the primary that year.

Half of the delegates are chosen through elections held at individual party conventions in each of the state’s congressional districts, with the balance being named via a slate put forth by the state party chairman at a state convention later on.

As a federal elected official, Meadows would have been a lock for one of the available delegate positions on the chairman’s slate, leaving the three delegate slots from his 11th Congressional District’s convention to other GOP activists and volunteers who were active in the district that had sent him to Congress twice before.

The operative said Meadows had maintained that he had no intention of allowing his name to be placed in nomination at his district convention but ended up being the first person nominated for a district delegate slot.

“He had said I do not want to be a delegate … but he and another guy on his staff got in the corner, were kibbitzing, and they went down and got in line to make nominations, and this gentleman made the nomination for Mark to be the very first one to be a delegate from our district to the convention,” he said.

When he confronted Meadows, the operative said he was told: “There are a lot of things going on behind the scenes that you don’t understand.”

“But I understood … I knew what was going on – they wanted to load things up for Ted Cruz in the event … it would go into a brokered convention and they could control what happened,” he said. “That was the underhanded method that was being played.”

A “brokered convention” is one in which no candidate garners enough votes to secure a party’s nomination during the initial round of balloting. Once a frequent occurrence, such a scenario — which has not occurred since 1948 — would have theoretically provided the circumstances under which a losing candidate such as Cruz could have been installed atop the GOP ticket despite a lack of support from most GOP voters.

Another top North Carolina GOP official recalled that Cruz’s delegates had “dominated” the district conventions because they took place at a time when he was still contesting the primary and had yet to withdraw.

But when it came time to select the remainder of delegates at the state convention – a process which was supposed to reflect the preferences of Tarheel State voters – the former official said Meadows didn’t care much for the voters’ preferences.

“The week we were negotiating a chairman’s slate, Cruz dropped out of the race. He’s no longer competing for the nomination, Trump is now going to be the nominee of our party, and North Carolina is going to send a delegation that is – at best – 50/50. That’s the closest it was ever going to get.”

The ex-official said state party bigwigs had put together a slate that would have reflected the voters’ preferences while being inclusive of the different candidates’ state campaign officials and complying with a longstanding party rule that did not allow a prospective delegate to appear on different “slates” that would be voted on at the convention. But Meadows reportedly tried to subvert that process so that more Cruz delegates would have gone to the national convention.

“Even though Trump was going to be the nominee, and even though Cruz had dropped out, and even though they were still getting plenty of delegates, Mark Meadows was working behind the scenes to blow up that slate,” the former official said.

“There’s nothing wrong with fighting to get the best deal you can on the slate, but when your own candidate drops out … there needs to be some reflection so that our delegation matched … the party’s reality – that Trump was going to be the nominee – and that is who the voters had selected.”

A third North Carolina Republican veteran who has served in top positions in the state GOP told The Independent that Meadows’ actions in the run-up to 6 January were not much of a surprise because of “the way he did business” over the past few years.

He recalled how Meadows put in a significant amount of effort towards trying to pressure state delegates to support Cruz even though he had lost the state’s primary and had subsequently withdrawn from the race.

“He went very far in trying to convince people not to back anyone else [but Cruz],” they said. “He was very vocal in trying to get people to change their votes.”

Ultimately, North Carolina’s delegates voted for Trump when they met in Cleveland to pick a nominee for the 2016 general election.

“They ended up doing the right thing anyway … because the way everything was set up, they were afraid not to,” they said.

Asked whether Meadows’ alleged involvement in Trump’s later push to overturn the 2020 election came as a surprise, the former North Carolina GOP operative said it was not because Meadows had always been ambitious, and keeping Trump in office was the only way for him to fulfil his goals.

“I think he had further ambitions … down the road, and he was angling for that,” they said.

But the former top state party official was far more direct about whether he thought Meadows’ conduct was out of character based on their prior interactions with the ex-congressman.

“He tried a power play with us which we were able to figure a way out of with the delegates … and then he hitched his wagon to Trump,” he continued. “What I would say is … more than anything, he is a big, fat phoney”.