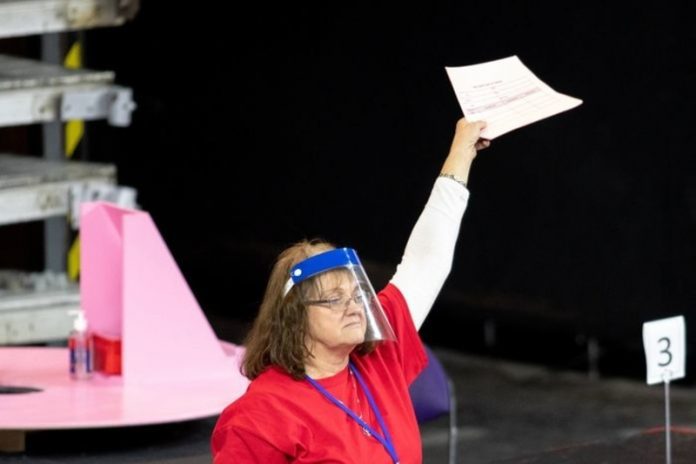 After months of toiling away in secret, Arizona’s election audit has come to a close. Cyber Ninjas, the group leading the audit, is set to announce its findings on Friday and Insider obtained a draft copy of the audit results. They show no significant discrepancies between the official Maricopa County tally and Cyber Ninjas’ recount.

A spokesperson for the audit, Randy Pullen told KJZZ Phoenix the draft was “not the final report, but it’s close.”

Republicans in Arizona’s state senate commissioned Cyber Ninjas to helm the audit in April 2021 after Biden became the first Democrat to win in Maricopa County since President Harry S. Truman won in 1948.

“What has been found is both encouraging and alarming,” the report’s executive summary read. “On the positive side there were no substantial differences between the hand count of the ballots provided and the official canvass results for the County. This is an important finding because of concerns ahead of the audit.”

The summary went on to say that the bulk of the Cyber Ninjas’ concerns were due to Maricopa County’s decision not to “cooperate with the audit.”

Cyber Ninjas’ audit was marred by a lack of transparency, leading outside experts to warn that its findings ultimately “should not be trusted.” The company is not federally accredited by the US Election Assistance Commission to test voting systems.

Both Republicans and Democrats have been critical of the unorthodox and sub-standard ways in which the audit had been conducted.

In May, critics lambasted the group after it was revealed they were testing around 40,000 Biden ballots for “bamboo fibers” to prove a far-fetched theory that votes had been flown in from Asia.

Maricopa County Board Chairman Jack Sellers, who has been a long-time critic of the audit, told AZCentral, “the tabulation equipment counted the ballots as they were designed to do, and the results reflect the will of the voters.”

“This should be the end of the story,” he continued. “Everything else is just noise.”

Inspired by Arizona’s audit, Trump demanded Texas Gov. Greg Abbott on Thursday to push for an audit of Texas’ election despite winning the state by more than 5 percentage points.