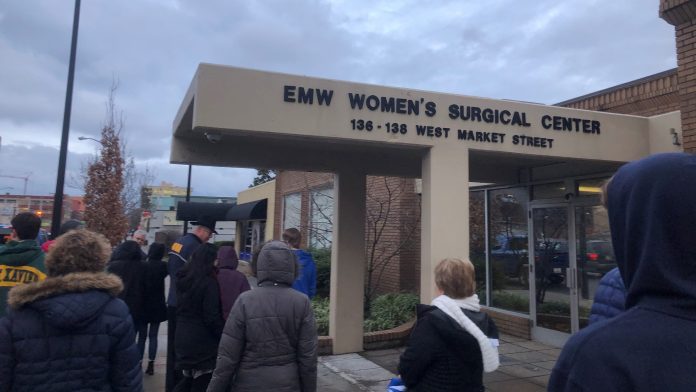 The Louisville Metro Police Department said it is investigating after a Twitter account reported an officer participated in an anti-abortion demonstration on February 20, 2021, Saturday morning.

An account run by volunteers who escort patients and staff to enter and exit EMW Women’s Surgical Center, one of Kentucky’s only remaining abortion providers, tweeted photos of an LMPD officer and a cruiser parked in front of the clinic at 7 a.m. 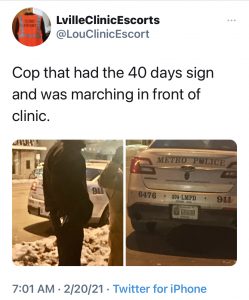 40 Days for Life is a nonprofit that organizes campaigns against abortion through prayer vigils outside abortion clinics around the world.

LMPD spokeswoman Beth Ruoff said in an emailed statement the department had been made aware of the situation.

“It was brought to our attention that an employee may have participated in a protest or demonstration while in uniform and using an LMPD vehicle,” Ruoff said.

“We are investigating the matter and if it is determined that an employee engaged in such activities, they will immediately be placed on administrative reassignment while the investigation proceeds. It is essential that we maintain a posture of neutrality while representing the department and behavior contrary to this will not be tolerated.”

The clinic escorts volunteer to assist patients and staff entering or exiting the clinic on West Market Street and prevent any potential harassment or danger posed by anti-abortion demonstrators who often gather outside the property, particularly on Saturday mornings.

“Maybe this is why @LMPD doesn’t enforce the law at these protests,” Arthur wrote. “They’re protesting too.”

Arthur, who was elected to the Metro Council last year, is leading an effort to bring back a proposal for legislation allowing the downtown clinic to create a “buffer zone” extending from the facility’s front entrance to the sidewalk where protesters wouldn’t be allowed.

The ordinance, which advocates have long called for, became more urgent last year as protesters continued to show up outside the clinic, often without masks, during the COVID-19 pandemic.

Supporters of the legislation said the issue had become one about safety and public health, but the city ultimately declined to pass the measure in August.

Having unhealthy conditions outside of a health care facility “is like having a buffet of drugs outside of a rehab facility. It’s counterproductive,” he said. 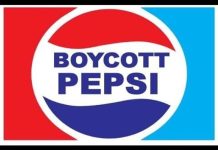 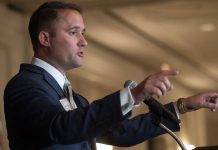 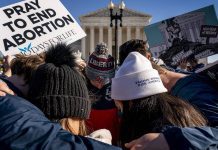 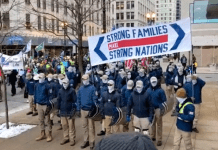 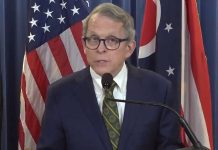 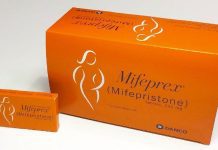