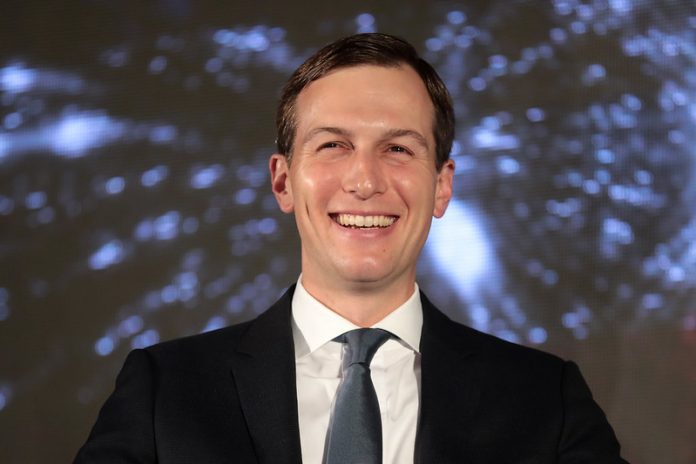 On March 13, 2020, President Donald Trump promised Americans they would soon be able to access a new website that would ask them about their symptoms and direct them to nearby coronavirus testing sites. He said Google was helping.

That wasn’t true. But in the following days, Oscar Health—a health-insurance company closely connected to Trump’s son-in-law, Jared Kushner—developed a government website with the features the president had described. A team of Oscar engineers, project managers, and executives spent about five days building a stand-alone website at the government’s request, an Oscar spokesperson told The Atlantic. The company even dispatched two employees from New York to meet in person with federal officials in Washington, D.C., the spokesperson said. Then the website was suddenly and mysteriously scrapped.

The site would not have helped many Americans even if it had launched. Today, more than two weeks after the president promised a national network of drive-through test sites, only a handful of such sites have opened, and fewer than 1 million Americans have been tested.

The full extent of Oscar’s work on the project has not been previously reported. The partnership between the administration and the firm suggests that Kushner may have mingled his family’s business interests with his political interests and his role in the administration’s coronavirus response. Kushner’s younger brother Joshua is a co-founder and major investor in Oscar, and Jared Kushner partially owned or controlled Oscar before he joined the White House. The company’s work on the coronavirus website could violate federal ethics laws, several experts said.

For the past several weeks, Kushner has led a “shadow task force” on the coronavirus, separate from Vice President Mike Pence’s official committee, according to The Washington Post. Kushner’s team, composed of federal officials allied with Kushner and outside corporate executives, has met in the headquarters of the Department of Health and Human Services. A senior official at that agency called Oscar to ask for its help on March 13, the day of Trump’s press conference, the Oscar spokesperson said.

Kushner’s group has focused on expanding and publicizing coronavirus testing, especially at drive-through locations. Oscar’s website would have asked users if they were experiencing symptoms of COVID-19, the illness caused by the virus, and surveyed them about other risk factors, including their age and preexisting conditions. It also would have listed a limited number of testing locations nationwide, including some of the drive-through sites that Trump promised. It was designed to look like a government-developed product, provided freely by the Department of Health and Human Services to the American public. Oscar posted the source code for the site to Github, where The Atlantic reviewed it.

The site resembled a version of a tool Oscar had already built for its customers in response to the crisis, but it was “adjusted to meet the specifications and requirements set by the federal government,” Jackie Kahn, the Oscar spokesperson, said in an emailed statement. That Oscar had already been working on a coronavirus-testing website when HHS called to ask for help was a coincidence that had nothing to do with Kushner, Kahn suggested. She declined to say whether Oscar had discussed that site with Joshua Kushner or any board members or investors before Trump’s March 13 press conference.

Oscar donated its work freely and never expected to be paid for the project, Kahn said. The company is “not, nor has ever been,” a contractor or subcontractor for the government, she said, which would make it harder for the government to pay Oscar for its work. The work was “all at the direction of HHS,” she said. “The website never saw the light of day,” she added in an interview today.

That may not matter from an ethics perspective. The ad hoc nature of Kushner’s task force has already collided with federal laws. Oscar’s involvement deepens Kushner’s ethics and conflict-of-interest problems.

“It’s not typical. It’s usually not allowed,” Jessica Tillipman, an assistant dean at the George Washington University School of Law and an expert on anti-corruption law, told me.

Oscar’s relationship with the Trump administration could breach federal law in two ways, Tillipman and other experts told me. First, companies are generally not supposed to work for the federal government for free, though some exceptions can be made in a national emergency. “The concern, when you have some free services, is that it makes the government beholden to the company,” Tillipman said.

More important, she said, any Kushner involvement may have violated the “impartiality rule,” which requires federal employees to refrain from making decisions when they even appear to involve a conflict of interest. The rule also prohibits federal employees from making a decision in which close relatives may have a financial stake. Such a situation would seem to apply to Kushner and Oscar. In 2013, Jared and Joshua were the “ultimate controlling persons in Oscar’s holding company,” according to a New York State report that Mother Jones dug up earlier this month. When the elder Kushner joined the White House, he disclosed that he had been on the board of Oscar’s holding company from May 2010 to January 2017. He also said that he had sold his shares in the holding company for somewhere between $1.2 million and $7 million. Joshua still holds a stake in the company. When Jared joined the administration, he sold his shares to either Joshua or a trust controlled by their mother, according to his financial disclosures.

Kushner did not divest all the assets that he owned jointly with his brother when he joined the White House. Earlier this month, he sold his stake in Cadre, a real estate investment firm that he owned with Joshua. The stake was worth tens of millions of dollars as recently as last year, Kushner said in his disclosures.

There was nothing wrong with Oscar’s arrangement with the government, Kahn argued. “This was the right thing to do, both legally and ethically, and if anyone has any doubt that COVID-19 is an emergency, he’s lost his mind,” she said. “We are enormously proud of our people who put serving the nation ahead of everything during this time of crisis.”

Oscar’s description of its work for the administration has changed over time. Two weeks ago, the company told Business Insider that it had “shared code” with the Department of Health and Human Services, but it did not disclose that it had actually made a website. Last week, Kahn told me in an interview that the company had merely “shrink-wrapped” its code, a piece of jargon that meant it had disconnected the code from its in-house technical platforms so that it could work on other servers. Her statement today admitted that Oscar had gone much further.

When viewed earlier today, the URL coronavirustesting.gov offered an Amazon Web Services error, suggesting that someone with access to the .gov domain had registered the website.

The Department of Health and Human Services declined to produce paperwork authorizing Oscar’s donation of the website work. “Multiple vendors worked on proposals, and we appreciate their work,” an HHS spokeswoman said. “Ultimately, Apple launched the new tool.” But Apple’s COVID-19 tool is a page on Apple.com, not a stand-alone government site like the one Oscar built.

Oscar’s creation more closely resembled the website Trump described on March 13. The site would “determine whether a test is warranted and … facilitate testing at a nearby convenient location,” Trump said, adding that Google had 1,700 engineers working on the project. Google, it was quickly revealed, didn’t have any such plans.

Google’s parent company is a major investor in Oscar. And Oscar, which has roughly 1,500 employees, did build a site like the one Trump described.