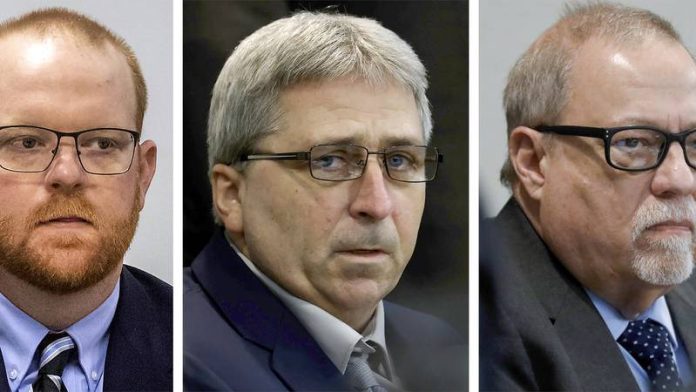 Greg McMichael, Travis McMichael, and William R. Bryan, the three men who were found guilty of federal hate crimes for violating the civil rights of Ahmaud Arbery, are scheduled to be sentenced on Aug. 1 in federal court, according to the Associated Press.

Judge Lisa Godbey Wood, the federal judge on the U.S. District Court for the Southern District of Georgia, set the date for the sentencing hearing for all three men. Father and son Greg and Travis McMichael and their neighbor, William R. Bryan, each face a maximum penalty of life in prison for the 2020 death of the 25-year-old Arbery.

All three men are currently serving life sentences in Georgia after being convicted of murder in Georgia state court in November 2021.

The McMichaels armed themselves and used a pickup truck to chase Arbery on Feb. 23, 2020, after spotting him running in their neighborhood just outside the Georgia port city of Brunswick. Bryan joined the pursuit and recorded cellphone video of Travis McMichael blasting Arbery with a shotgun.

The McMichaels told investigators they suspected Arbery was a burglar and were trying to detain him for police. Travis McMichael said he opened fire in self-defense as Arbery threw punches and grabbed for his shotgun.

No arrests were made until more than two months after the killing, when the graphic cell phone video leaked online and the Georgia Bureau of Investigation took over the case from local police. Arbery’s death became part of a broader reckoning on racial injustice in the criminal legal system after a string of fatal encounters between Black people and police.

The federal hate crimes trial has largely been symbolic since the killers already received life sentences in state court. But prosecutors used the federal trial to share how all three of the men had racist views toward Black people, according to the Associated Press.

During the federal trial, it was revealed by prosecutors that the killers had a known history of using racist slurs and showed the jury a plethora of text messages and social media posts that showed the defendants using slurs. 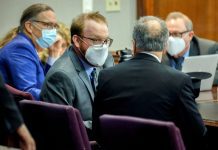