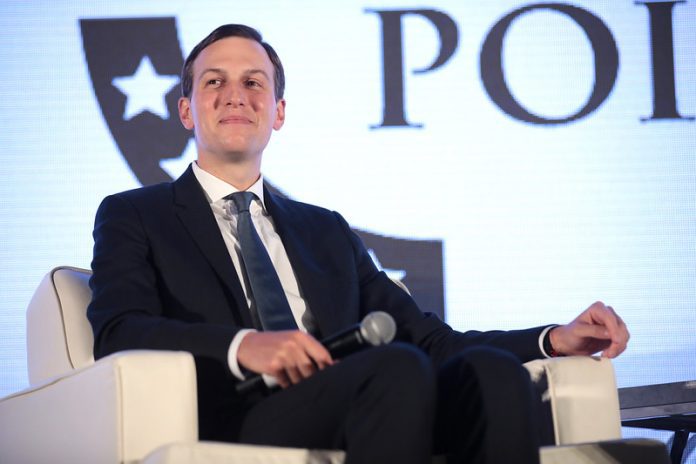 When the coronavirus hit, Jared Kushner became a key player in the Trump administration’s response to the horrific crisis that has claimed more than 200,000 American lives. At the start of the pandemic, Donald Trump’s son-in-law and top adviser pushed the view that the media were hyping the threat of the virus to damage the president. Still, he promoted a national testing system—with drive-through sites and a website (similar to one created by a business he was linked to)—that never came to be. Kushner pulled together a secretive shadow task force with members drawn from the private sector, and he recruited volunteers from investment and consulting firms to hand out government contracts for desperately needed medical equipment—and generally botched the job. At one White House meeting, Kushner reportedly declared, “Free markets will solve this. That is not the role of government.” And through this all, it has gone unnoticed that Kushner owns a large stake in a real estate company now poised to make money off the economic distress caused by the pandemic that Trump has been unable to tame. Moreover, this firm’s opportunity for profit may be enhanced by the Trump White House’s decision not to press for more widespread coronavirus economic relief.

As part of the $200–$783 million fortune he shares with his wife, Ivanka Trump, Kushner holds an ownership stake worth between $25 million and $50 million in Cadre, a real estate investment firm that he helped start in 2014 with his brother, Joshua Kushner, and Ryan Williams, a college buddy of Joshua. The company’s aim was to connect wealthy people and institutional investors directly to real estate deals. A 2016 profile of the firm described the company this way: “Cadre is a platform where approved sellers (‘operators’) can apply to post carefully vetted commercial real estate deals, from stores to apartment buildings to offices. A network of high-wealth individuals or ‘qualified purchasers’ who want to make real estate investments—but haven’t previously had access to deals—can drop $500,000 or more on individual properties.” The firm’s vision, according to Business Insider, was to provide an alternative to the more common use of real estate funds and allow direct investments in properties (or portions of properties) to make “the real estate market more like the stock market.” Its financial backers included Goldman Sachs, Silicon Valley mogul Peter Thiel, Chinese entrepreneur David Yu, and the family office of billionaire George Soros.

In its first years, Cadre’s listed properties were all in the United States, but it intended to expand to overseas markets. Its website currently notes that the firm only accepts investors with annual incomes greater than $200,000 (or $300,000 for a household).

Cadre—headquartered in New York City in the Puck Building, which is owned by the Kushner real estate company—obviously has a sharp interest in the ups and downs of the real estate market, and the company has been looking to exploit the current economic misery by investing in distressed properties, particularly hotels. In May, Bloomberg reported, Cadre was establishing “a new fund to seize on property-market opportunities that arise from the economic downturn in the wake of the coronavirus pandemic.” Soon after that, Dan Rosenbloom, Cadre’s managing director of investments, cited hotel deals as a possible path forward for Cadre, which, like many real estate companies, had been slammed by the pandemic and forced to cut staff and executive pay. “These opportunities are still three to six months away until you start to see forced selling,” Rosenbloom told a trade publication.

On September 10, Allen Smith, president of Cadre, wrote on the firm’s website that the pandemic-fueled “deep distress” in the economy could create “opportunities” in hotels. “While a full recovery in the hotel sector will be difficult to predict until a vaccine is developed,” he wrote, “the near-term distress will present unprecedented opportunities.” He explained: “The ensuing distress should lead to opportunities emerging later in 2020 and early 2021 as forbearance agreements expire and there is a greater volume of loan sales, foreclosures, and owners seeking rescue capital to fix over-leveraged capital structures.”

The hotel industry has been hit especially hard by the pandemic, and its leaders have turned to Washington for help. As the White House and Congress considered additional coronavirus relief this summer, the American Hotel and Lodging Association, the leading trade group for hoteliers, requested an extension of the Paycheck Protection Program and specific relief to assist hotels struggling to meet their commercial mortgages. “If they’re not able to get something done, we’ll have a serious problem on our hands,” Chip Rogers, the group’s CEO, said. “As people stop taking vacations [in the fall], if there’s no business travel and a lot of forbearance and forgiveness—which is usually offered in 90-day terms—come due, expenses will go up, and revenue will go down in a scenario where many [hotels] are already struggling to break even.” But the GOP Senate adjourned in August without passing any new relief, and Trump’s White House, after issuing executive orders to extend federal unemployment benefits (at a lower rate) and implement a payroll tax break, has not made a new relief measure a priority. Hotel industry leaders have worried about a possible wave of foreclosures ahead.