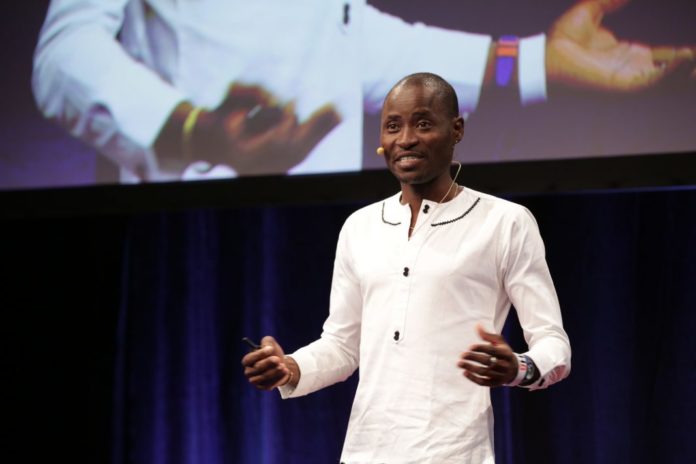 A new report from UNAIDS state that as many as 9  million people may have been infected by the HIV virus and are unaware of their status.

HIV activists say that these statistics are good to know because HIV/AIDS no longer gets the attention that it did in the past.

Wafaa El-Sadr who is ICAP’s global director and also a Columbia University professor stated HIV/AIDS continues to remain a tremendous problem worldwide. There are two million new cases of infection last year and there has been reported that a million people continue to die from HIV/AIDS yearly. She states that knowing one’s status is necessary in order to help prevent new cases of infection.

El-Sadr also states that knowing your HIV status is a start, but will not put a halt to the HIV/AIDS crisis completely. Other specialists in the global-health field have echoed those sentiments.

Chris Beyer, Johns Hopkins University’s Desmond M. Tutu Professor of Public Health, a medical doctor who has conducted research on epidemiology and human rights and who was a past president of the International AIDS Society has stated that it is important for a person to take responsibility and know their HIV status, but it not stop the epidemic all by itself.

He also stated that there are no systems in place universally to the transmission of new cases and to improve the well-being and health of those individuals who are already HIV positive.

How Was The 9 Million Estimate Determined

In a new report, UNAIDS states that approximately 37 million people around the globe are HIV positive. It is believed that one-quarter of those individuals are not aware that they are infected with the virus.

How Is It Possible To Calculate The Number Of HIV Cases If People Are Not Tested?

UNAIDS came to this conclusion of this estimate by gathering data regarding the rate of infection in a particular country. learning the how many people reside in the country and then applying the rate of infection to the entire population. There is a theory that people who reside in areas that are remote may not have easy access to testing facilities. Also, due to the stigma of being positive, people may avoid being tested for fear of being stigmatized if the test comes back being positive.

After gathering this information, researches make an educated guess regarding the people who reside in each country who haven’t been tested.

Beyrer state that estimations can be changed over time as new information is gathered, and estimates are accepted and well received.

People do not get tested for many reasons such as fear of being stigmatized and discriminated against if one has the knowledge that they are infected. However, there are more practical reasons for not getting tested such as not being close to a testing facility or the long waiting period at testing sites to get an appointed to be tested.

People may be scared about having their blood taken which most HIV tests require. There is another test that does not require blood and that it a saliva test. While this type of test has become more standard and common, not all facilities have adapted it.

Peter Godfrey-Faussett who is UNAIDS science advisor stated that studies have shown the saliva tests for HIV is very accurate at around a 90 percent accuracy. However, the test is administered directly by the individual outside of a medical facility or clinic, that particular test is less accurate as the labs at a medical facility have machinery that is more sophisticated. Another concern of testing one’s saliva is that saliva does not have the amount of antibodies that the blood has.

Godfrey-Faussett also stated that if an individual is taking a PrEP medication (a preventative medication negative individuals take to prevent HIV) they should not take a saliva test for monitoring their HIV status.

If a positive test result happens, the individual may be fearful because that is irrational due to misinformation that they may have been given regarding the illness stated El-Sadr. People may think that they will never be able to find a romantic partner, have children or be sexually intimate.

Beyrer stated that we are in a new time with new treatment for AIDS and medications that people can live with the HIV virus a normal life that also includes not being infections to their children or partners.

Another benefit of getting tested is if the test comes back positive one can begin taking medications immediately which will keep the may keep the infection at bay.

What Happens After Being Tested?

Beyrer stated that if one doesn’t have access to medications, knowing one’s status is not terribly advantageous.

He states that if an individual has mental health issues, unstable housing or a substance abuse issue knowing one’s status is necessary but not a priority for that type of population.

Whether an individual knows their status, more than 19 million people or half of those individuals who are living daily with the infection do not have the virus controlled. This number was estimated by observing health data regarding the distribution of HIV medications.

Prevention and treatment with the use of medications are two ways the epidemic can be halted, Beyrer states. If individual tests negative for the virus but is in a high-risk category for contracting it either due to drug usage or sexual activity, PrEP is available which may help lower the chance one would become infected.

Similar challenges surrounding getting tested also exists surrounding treatment and prevention. Clinics to receive treatment may not be close, medication may not be affordable and there is still widespread discrimination and stigma regarding HIV.

One example is Bisi Alimi who was the first Nigerian to state on national television that he was gay. In 2004 Almi tested positive. However, it took five years for him to be able to have access to antiviral medications. He stated that in Nigeria, it is easier for an individual who is heterosexual to be able to obtain care for their infection than a homosexual. This is partially because there are laws against being homosexual and also because of discrimination.

When he tested positive he met with a counselor who specialized in sexual health. Other than that, Nigerian homosexual men have little resources or support to help them remain healthy. There is also scarce access to HIV medical services.

Almi stated that for five years he lived every stay waiting for the day he would die. When he tested again to see the status of his HIV, he was diagnosed with full-blown AIDS.

At this time he was residing in the United Kingdom where he had access to medical care and support care services which he was immediately given.

Almi stated treatment was the key to staying healthy. He immediately found emotional support with other people who were HIV positive and started mediation. He also said that by doing this, his life changed. It was not just the test to find out his HIV status but it what happened when he did take the test and found out he was positive that changed his life.

Almi is a fellow at the Aspen Institute and executive director at the Bisi Almi Foundation.

Statistics say that 9 Million people do not know that they are HIV positive. In order to lower that number, access to testing and medication must be improved and the stigma of being positive and the fear of discrimination must be alleviated. 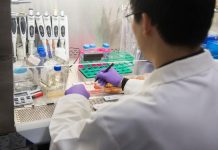 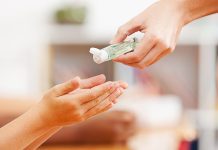