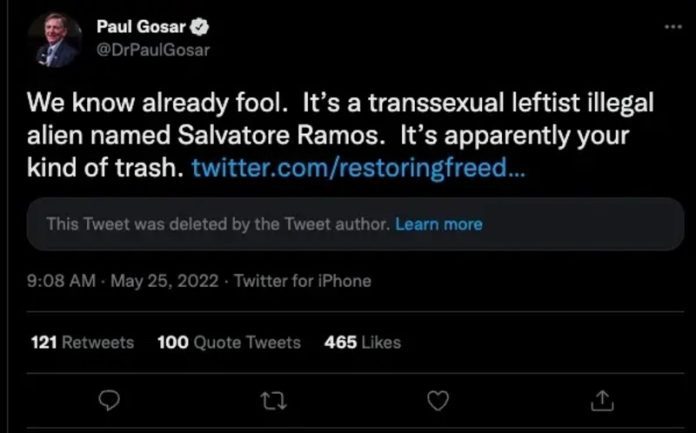 Gosar tweeted the claim even though authorities had already identified the suspect as an 18-year-old male resident of Uvalde, where the shooting occurred.

As of Tuesday evening, the GOP representative has not commented on his tweet, which was deleted about two hours after being published.

This false claim has been proliferating on social media with photos of a transgender person unrelated to the attack. The images appear to have been taken off the Reddit account of a transgender artist.

Among the social media accounts that shared such images is a Facebook page called “North Florida Patriots.”

The page has since corrected its post, with its operators stating that they “won’t be lectured” by people looking to make the shooting a political issue and turn it into a “gun grab.”

Texas Governor Greg Abbott has identified the suspected shooter as an 18-year-old male who lived in the Uvalde community. Authorities say he shot his grandmother before heading to the school with two military-style rifles he bought on his 18th birthday.

He also donned body armor for the attack and was shot dead by a border patrol agent who rushed into the school without waiting for backup, a law enforcement official told The Associated Press.

At least 19 children and two adults were killed in the attack, making it the deadliest elementary school shooting since the 2012 attack at Sandy Hook Elementary.

According to CNN, the suspect worked the day shift at a local Wendy’s and was described by the restaurant’s evening manager as “the quiet type” who didn’t socialize with other employees. 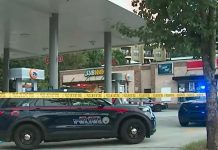 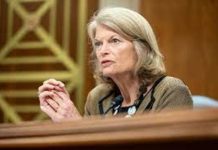