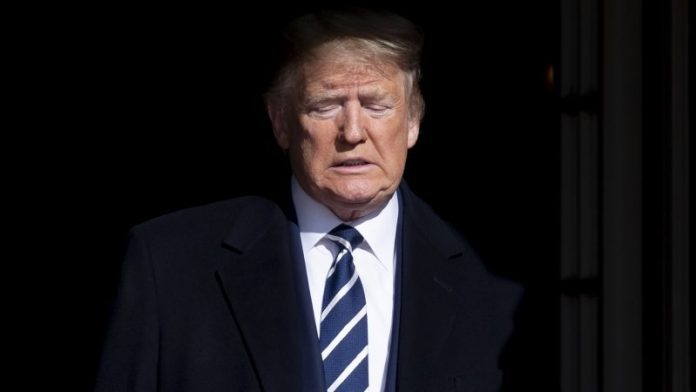 Politico is reporting, as the Manhattan district attorney’s criminal investigation into former President Donald Trump enters its final stages, officials in Florida are preparing for “thorny extradition issues that could arise.”

Two officials involved in the “contingency plans” told Politico that law-enforcement personnel in Palm Beach County were looking at what to do if Manhattan District Attorney Cyrus Vance Jr.’s investigation results in an indictment while Trump is at his Mar-a-Lago resort in Florida.

State law allows Republican Gov. Ron DeSantis – a staunch Trump ally – to step in and investigate whether a “person ought to be surrendered” if they’re indicted, Politico said.

Trump is residing at his golf club in Bedminster, New Jersey, for the next few months.

Trump has repeatedly claimed that his perceived political foes are out to get him after his presidency and has expressed concern about several ongoing federal and state criminal investigations into his financial dealings. Insider previously reported that Trumpworld was largely shrugging off the Justice Department’s investigation into the Capitol riot but saw more danger in Vance’s inquiry and a separate investigation by the Fulton County District Attorney’s Office in Georgia.

The New York investigation is examining whether the Trump Organization violated state laws when it facilitated hush-money payments to the adult-film actress Stormy Daniels, who said she had an affair with Trump in 2006. Vance’s office secured a major victory earlier this year when the Supreme Court cleared the way for it to obtain Trump’s closely-held tax returns.

In March, legal experts said it looked as if Manhattan prosecutors were nearing the end of their investigation.

“They mean business now,” one source told The New Yorker’s Jane Mayer. The person said they believed that Vance’s investigation had stagnated while Trump was in office and prosecutors were fighting a court battle to get his tax returns. But the source told Mayer that prosecutors’ questions had become “very pointed – they’re sharpshooting now, laser-beaming.”

A former top deputy in Vance’s office told Insider that Vance would likely want to make charging decisions before his retirement in December.

Preet Bharara, the former head of the US Attorney’s Office for the Southern District of New York, made a similar point while speaking with John Banzhaf, a professor of public-interest law at the George Washington University Law School.

“Cy Vance is not running for reelection. Vance is, as they say, a lame duck,” Bharara said, meaning Vance wouldn’t be subject to the political forces that candidates for public office would be. The former Manhattan US attorney also said that Vance’s decision to hire an outside forensic-accounting firm was another signal that “there’s a good likelihood” of a criminal charge against Trump from the district attorney’s office.

In Georgia, meanwhile, prosecutors are looking into Trump’s efforts to manipulate the state’s 2020 election results. The Washington Post reported in January that Trump had pleaded with Georgia’s secretary of state in a phone call to “find” enough votes to help him secure a win.

“The people of Georgia are angry – the people in the country are angry,” Trump told Brad Raffensperger. “And there’s nothing wrong with saying, you know, um, that you’ve recalculated.”

The Daily Beast reported in March that two grand juries were underway in Fulton County as the prosecutor’s office’s public-integrity unit investigated whether Trump illegally tried to influence the state’s election results.