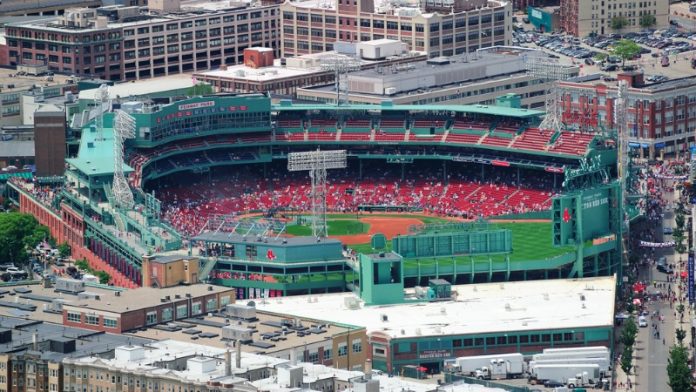 A mass vaccination clinic will reopen at Fenway Park as soon as January in an effort to increase access to coronavirus booster shots as cases surge in Massachusetts, a state official has confirmed.

“We appreciate the Red Sox’s support,” Gov. Charlie Baker said. “It’s obviously a high-density, high-population area, and we expect and anticipate that that will help us significantly enhance our booster capacity once that site gets running.”

Currently, about 30,000 boosters are making their way into Massachusetts’ arms every day, according to state health data.

Baker has pushed boosters as the best way to tackle a rising surge in coronavirus cases amid the holiday season, but the number of shots making it into arms has lagged amid a lack of appointments and long wait times.

It’s not the supply of booster shots in Massachusetts that is the problem, Baker has said; it’s the availability of clinics.

News that the home of the Boston Red Sox would once again join in to fight the spread of COVID-19 leaked early Wednesday afternoon, leaving a spokeswoman from the Executive Office of Health and Human Services to confirm the administration and the Red Sox “are finalizing plans to hold a high-throughput booster clinic at Fenway Park beginning in January.”

Red Sox spokeswoman Zineb Curran confirmed that “the Red Sox are working with the Baker-Polito administration to finalize plans to make boosters available to Massachusetts residents at Fenway Park beginning in January.”

The announcement comes amid a holiday surge in coronavirus cases that is straining hospital capacity.

Baker has been pushing people to get their booster shots and has asked every city and town in the state to consider setting up local clinics to make it easier for residents to get vaccinated.

But less than one-third of fully vaccinated people have received boosters in Massachusetts, with barely 1.6 million rolling up their sleeves so far.