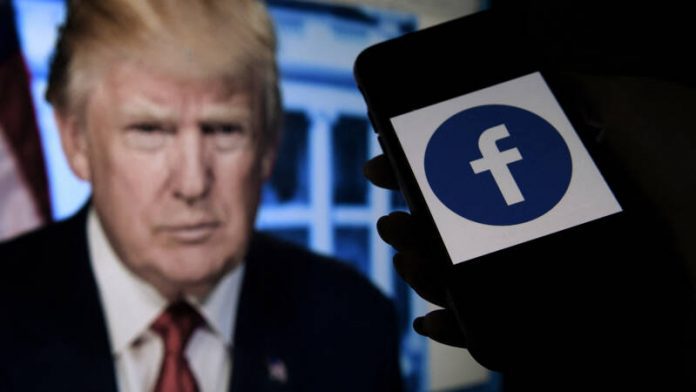 Donald Trump will not be returning to Facebook — at least not immediately, the social media giant’s third-party Oversight Board announced Wednesday morning, May 5, 2021.

“Facebook’s normal penalties include removing the violating content, imposing a time-bound period of suspension, or permanently disabling the page and account,” the organization added. “The Board insists that Facebook review this matter to determine and justify a proportionate response that is consistent with the rules that are applied to other users.”

The move is nevertheless an affirmation of Facebook’s choice to indefinitely ban Trump from its platform in January, a decision prompted by the then-president’s incitement of the Jan. 6 Capitol riot and concerns that he would “use his remaining time in office to undermine the peaceful and lawful transition of power” to President Biden.

After four years of debate over whether and when social media platforms should censor their users, the Oversight Board’s decision is not only a referendum on Trump but also on the broader movement to “de-platform” contentious public figures — an effort that critics view as censorship and advocates see as a necessary weapon in the fight against online extremism.

In its announcement, the Board said that it had found two of Trump’s posts on Jan. 6 “severely violated Facebook’s Community Standards and Instagram’s Community Guidelines,” and added that Facebook will have to review the decision.

“Within six months of this decision, Facebook must reexamine the arbitrary penalty it imposed on January 7 and decide the appropriate penalty,” the Board said.

Trump’s initial ban came with a minimum length — two weeks, through Biden’s inauguration — but no set end date. Instead, Facebook handed the issue over to its newly created Oversight Board, giving the “Supreme Court of Facebook” final say on whether Trump would ever return to a platform that was key to his 2016 electoral strategy.

The board is currently made up of 20 academics, political advocates, journalists and lawyers from around the world; that number is set to eventually double. Facebook played a role in selecting the initial cohort, although the board will eventually make its own hiring decisions.

The Oversight Board’s mandate to review “emblematic cases” suggests that this ruling and others, which Facebook says are binding, could eventually create a body of quasi-legal precedent that would inform site policy beyond the limits of any specific case. Thus far the board has seemed very comfortable overturning Facebook’s decisions.

The decision could also send wider ripples through Silicon Valley, giving Twitter, Snapchat and other platforms cover to maintain their own bans or impose new ones.

Even before the verdict came down, some critics raised issues with how it was reached.

In the lead-up to the announcement, a Facebook-critical watchdog group calling itself the “Real Facebook Oversight Board” said any ruling on the case would inevitably be a public relations stunt “that deflects attention from the real harms of Facebook’s algorithm and business model.”

“Facebook’s Oversight Board is a Facebook-paid, Facebook-appointed body created by Facebook to use to launder its most politically sensitive decisions,” the watchdog group wrote. “Whatever the ruling on Donald Trump, insurrectionists, racists, authoritarians and conspiracy theorists continue to run wild with no plan to stop them and no clear line on what will get them banned.”

Facebook isn’t the only platform to ban Trump — Twitter and many other websites took the same steps, in response to the same concerns — but its deferral of the final choice to a third party is unique. (Twitter, which was Trump’s soapbox of choice while president, has opted to permanently suspend him.)

Neither is Trump the first public figure to get “de-platformed,” or kicked off social media, in an effort to deprive him of algorithmically supercharged audiences. The practice has emerged as a particularly contentious front in the debates over social media moderation that swept through Congress during the Trump years.

Far-right ideologues such as conspiracy theorist Alex Jones, former Breitbart editor Milo Yiannopoulos, Trump confidant Roger Stone and a handful of other internet-savvy conservative provocateurs have all been banned by some combination of Facebook, Instagram, Twitter and YouTube. Less direct de-platforming campaigns have also targeted broad groups including the QAnon conspiracy and the far-right Proud Boys.

But Trump, a sitting head of state at the time of his bans, is perhaps the biggest case study yet in what de-platforming means in an era when politics happen as much online as off.

“De-platforming works,” said Heidi Beirich, co-founder of the Global Project Against Hate and Extremism. Trump’s de-platforming was important because it deprived him of the megaphone he’d previously used to incite anti-lockdown protests and the “Stop the Steal” campaign, not to mention the Capitol riot, she said.

In addition to cutting off access to monetization tools and supporters’ contact information, Beirich added, de-platforming “causes the ability to recruit to fall off a cliff. In other words, you no longer have access to … millions and millions of people, billions in the case of Facebook, to recruit into your space.

“You can almost feel the quiet out there, online, with Trump gone,” she said.

But the practice is controversial among both right-wing partisans who take umbrage at their allies being silenced, and free speech advocates who worry about the power Big Tech has to unilaterally quash public debate.

“We are concerned when the arbiters of what has become the public sphere silence or remove access to major political voices in general, whether that be Donald Trump or anyone else who holds actual governmental power,” said Nora Pelizzari, director of communications at the National Coalition Against Censorship.

Pelizzari, who noted her organization has not been tracking the Trump case closely, acknowledged that 1st Amendment free speech protections apply only to the government — meaning it’s not unconstitutional for Facebook, or any other private platform, to moderate user content. But, she added, we “live in a world where huge, huge swaths of public discourse, political conversation, socio-political debates are happening on platforms owned by private entities.”

(The idea that social media platforms have become so big and important to our lives that they now constitute de facto public forums is common among champions of a “public utilities” approach to social media regulation and was recently given some credence by Supreme Court Justice Clarence Thomas.)

“When you don’t allow certain voices on certain platforms, that doesn’t mean that they’re silenced; that just means that they find other platforms,” added Pelizzari — often more lightly policed ones.

But the winner-take-all dynamics of social media make it difficult for niche services to attain critical mass. The anti-censorship platform Frank, developed by MyPillow CEO and Trump cheerleader Mike Lindell, has struggled to get off the ground amid rampant technical issues. (Lindell has himself been permanently banned from Twitter).

Parler, the conservative-friendly Twitter clone that many anticipated Trump would migrate to after he got booted off more mainstream platforms, went dark when the private companies that ran its low-level infrastructure pulled their support. (Parler later reemerged with Russian backing).

Meanwhile, Trump seems disinclined to throw his weight behind any platform he doesn’t own a piece of. Rather than join Parler or Gab after his Facebook and Twitter bans, Trump simply founded a new personal website, posts from which now get recirculated among his base over apps like Telegram.

On Tuesday, he launched another one designed to mimic the look of a social media feed, with short posts, “From the desk of Donald J. Trump.” The posts have buttons allowing users to like and share them on Twitter and Facebook.